How it Happened or: GET ME REWRITE !

I am always thrilled for my writer friends when they achieve a writing goal -- that first byline, getting published in a choice spot, snaring an agent, snagging a book contract -- and after I say Congrats! the next thing that usually comes out of my mouth is: How did that happen? What I don't mean is how-did-you-get-so-lucky. I know it's not luck (well at least not all luck). What I am interested in is the backstory. I want to know what happens when sheer writing talent (a given among all my brilliant writer-buds), intersects with revisions, self-censoring, rewrites, critique, instinct, contacts, chutzpah, business savvy, whim, gut feelings and, above, all, perserverance.

And so it wasn't too much of a surprise that when I achieved one of my long-standing writing goals -- a personal essay published in the New York Times -- a few weeks ago, many nice emails from writing pals included inquiries along the lines of: How'd ya do that?

Let's go back about 19 months. I was just starting to think about applying to the Stonecoast MFA program. The piece began as a 2-page exercise based on a prompt from an instructor at an NYU continuing ed class. Then I expanded it into a 5-page piece for a different private class last winter and included it as part of my portfolio for admission to the MFA. When it came time to submit manuscripts for workshops at my first MFA residency, I rewrote and expanded it into a 12-page piece. My terrific workshop leaders, Richard Hoffman & Baron Wormser, had some input, of course, as well as the other writer-students around the table.

The workshop input led me to revise it, this time into a 4,000-word piece which I submitted, in September '06, to the editor of an anthology of mothers of special needs kids. When it was accepted, I began to submit it, in December '06, to magazines, with an eye for a prepublication excerpt, hopefully in a magazine that runs longish pieces. It didn't work out that way.

Oh, and on a dare, I also sent it to the New York Times. One can dream. A few magazines expressed interest; one was noncommital (we're thinking about it); one couldn't run it until six months after the anthology was due to be published; another simply confused me, with an elaborately worded semi-acceptance that had many strings attached.

In January '07 (on the day I arrived home from Stonecoast), a NY Times editor called to say she liked the piece, but of course it was entirely too long. Would I be interested in trying to adapt it into a 1,100-word piece? That sounded difficult and it was, because the difference between 4,000 words and 1,000 is not about line edits or cutting a few paragraphs here and there. It's about revising in the literal sense: Re-seeing, and thus, rewriting.

With the helpful critique of my MFA faculty-mentor, the fabulous Ann Hood, and critique from my friend and recent Stonecoast grad Kathy Briccetti, I did it. Well, I got it down to 1,200 words, and the editor helped me see how to trim the rest (trust me, there is a reason editors do what they do).

The piece was scheduled to run on April 1 (I shuddered to think my first crack at the New York Times was on April Fool's Day), but a week before, it was postponed to May 13 -- Mother's Day, a better fit for the tone of the piece. And that's when it ran.

Phew. If you had told me 10 years ago, when I was churning out P.R. copy by the boatload, most of which was completely disposable an hour later; or writing short newsy features with weekly deadlines, that I stick with a piece so long, I would have laughed.

I read the piece at the Montclair library last week, and afterward someone asked me, "How long did it take to write that?" I told her a short version of my write/edit/rewrite/revise/adapt saga. She looked horrified. Later, I thought about the previous 13 years -- of observations and scribbled notes while raising my son Sean (the star of the piece).

So, how long does a piece of writing "take"? And how does publication"happen"?
Depends. What's your story?
Posted by Lisa Romeo at 1:35 PM 5 comments:

A First TIMES for everything ! 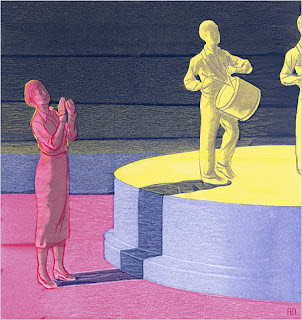 My mother's day gift to myself: One of my essays appears in the New York Times on May 13.

It's titled, "When A Child Outgrows the Safety Net," and it traces the journey, as my son begins to navigate his way in the world, without the therapy sessions, special accommodations, school pull-outs, and other supports that began in preschool. It's also about my emergence from the dual role of mother-advocate -- a longed-for transition, but not such an easy one after all. My brave and fabulous son Sean not only allowed me to share this story, but cheered me on and was a thoughtful editor, too.

When I announced the impending publication at dinner the other night, my nine-year-old son Paul, already attuned to how long I often wait between the acceptance of a piece and its publication, asked, "Mom, have you been waiting a long time for this?"

Meredith Hall's memoir, Without A Map, which I read over the past weekend, is lovely. It is a beautifully written reflection on what it means to love, to lose the love of those you trust most and those who are kept from your love, about abandonment and guilt, and ultimately about living a loving life anyway.
Posted by Lisa Romeo at 4:09 PM 1 comment:

I had lunch the other day with the talented and generous writer who is my fabulous graduate school faculty mentor this semester. I was doing well, she said, working hard, even getting some pieces published in a few decent places. She had written me a solid mid-term evaluation. She knew I would be getting published in even better places in the not-so-distant future.

So why was I feeling so adrift and confused? Why did I feel that everything I thought was good about my writing, when I started this MFA program, last summer, suddenly now feel weak and trite? Why was I unsure of my direction? Where was my writing going and how would I reconcile the new strength I detected in my craft, with my huge frustration over structure? Why were my goals shifting each week?

I'm too old for this, I said. I can't re-invent everything about my writing at this point, even if it's tempting to try. I'd need five years or more to do that, I complained.

More or less, she said: Too bad. Basically, you only get these two years while you are in grad school, to sort things out, and that I can be really very grateful to be falling to pieces now. Once this MFA program ends, you are on your own, and all your shaking-out better be settled down for the most part by then. Besides, she assured me, this is what grad school -- especially a writing program -- is for. If you enter expecting to exit with just a brighter polish on the strengths you already had when you began, well, that's a big waste of time and money.

The whole idea is to shake yourself up. To shake up your style and invite yourself to question how you write and why you write that way and what else you might find out about the possibilities in your writing. To try new approaches and ideas. Work the process differently than what has always felt comfortable. In other words, to get over yourself and your inflated idea of how well you write....and really find out if you have anything to say, and how you want to say it.

And by the way, this wise novelist and insightful and well-published essayist mentioned, don't think that's all over when you graduate. Every writer goes through this, sometimes, several times in his or her career.

A call that night, from a friend about to graduate from the program, reassured me as well. Oh yeah, she said, when you get about halfway through the program, you kind of have a major meltdown. Oh.

I feel so much better now.
Posted by Lisa Romeo at 1:09 AM No comments:

Email ThisBlogThis!Share to TwitterShare to FacebookShare to Pinterest
Labels: MFA

I know my way around the web. Well at least I thought I did. I even thought I knew what those little RSS buttons mean - you know the ones with the white sideway arches? But now I really know. Really. And you can too -- watch this witty very short video - about 3 minutes - and you will know too. Hint: It saves a lot of time and helps you stay updated on your favorite (or business-wise, necessary) websites and blogs with one click.