Of all the ways I considered announcing this, simple wins out. Here goes.

My memoir, tentatively titled Every Loss Story is a Love Story: The Father Daughter Reunion, will be published by University of Nevada Press in Spring 2018.

If you don't know, the road here was anything but simple, and under the calm simplicity of that sentence, I'm actually screaming with joy, dancing in gratitude, and exploding with a mixture of relief, incredulity, affirmation, and humble pride.

(Because everyone was out and busy when I got the final news at six on Monday, I had a simple solo dinner. But there was wine (and a nice card) a few hours later when some of the menfolk got back. Yes, hubby owes me a celebratory night out!) 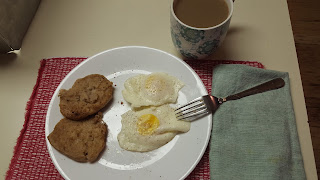 I have a zillion people to acknowledge and thank. For now a blanket thank-you will have to do, to everyone who has and continues to help, by cheering me on, listening to my ideas, reading my pages, offering feedback, sharing publishing advice, telling me plainly when I'm wrong, and of course, by commiserating and celebrating.

Though I've published hundreds of articles, essays, and short memoir pieces over the last couple of decades, and though I've contributed essays to several anthologies, and even though I've ghostwritten chapters and manuscripts--this already feels quite different: my name alone, on the spine.

It feels like my book found its perfect (and, in retrospect, logical) home at University of Nevada Press (more on why in a future post). I'm looking forward to working with the enthusiastic professionals there, who have made me feel like a warmly welcomed and respected artist, from the day I first chatted with the press director at a writers conference this past winter. 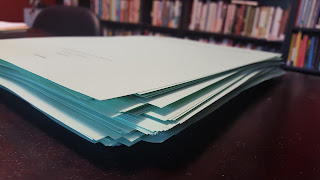 I hope you will follow along in my journey from here to next year's published book. I'll try to share useful information that in turn may help other writers.

In a few days, I begin revisions the publisher wants in a few weeks time. Today and tomorrow, I'm working on completing my author questionnaire and organizing notes with my ideas for PR and marketing. (I did after all, spend 12 years in public relations!)

Guest Blogger Marjorie Simmins on Memoir, Starry Night Memories, and What She Learned from a Workshop Student 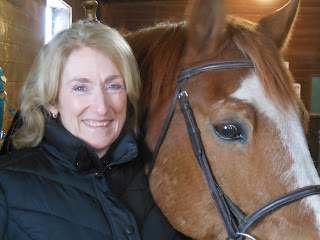 How I love the way the internet connects me to like-minded, interesting people across miles, borders, cultures. I was introduced to Marjorie Simmins, a Canadian memoir writer and fellow horsewoman, by Rona Maynard, a writer/editor (Canada by-way-of-New-Hampshire), with whom I've exchanged Facebook posts for years. Rona knew I would like Marjorie's memoir, Year of the Horse (Pottersfield Press 2016). Marjorie also writes essays for magazines, newspapers and anthologies in Canada and the United States, and divides her time between Nova Scotia and British Columbia. In Coastal Lives (Pottersfield 2014), she wrote about loving two coasts and one man, husband Silver Donald Cameron, a noted Canadian author. Marjorie is currently working on a third non-fiction book, which includes tips, essays, and interviews on memoir—an outgrowth perhaps of her many workshops.

“You forgot something,” says sharp-eyed Sara, a fine essayist and freelance journalist. She points to the flip-chart, on which I've written the day's itinerary. “That last one—'Starry Night Memories'—what's that?”

Sara is right, and she is wrong. I didn't actually forget, but we did run out of time, and in truth, I am relieved, as I haven’t presented that particular writing exercise to a memoir writing workshop before, and I'm not quite sure how it might go over. But I am busted now.

“Right,” I say, “'Starry Night Memories'...” I hesitate again, when I look up to see eight pairs of alert eyes focused on me, expecting some degree of teacherly articulation. You're supposed to be the memoir writing expert, I chide myself. So speak up.

“You know when you are in bed at night, you're getting sleepy, and your thoughts are moving around from subject to subject, and sometimes, from memory to memory?”  Two or three people nod.

Encouraged, I press on. “Sometimes you deliberately take out a cherished memory to visit, and enjoy. It's like an old friend you haven't seen for a while. You're happy when you think about it, and it helps you fall into a happier, more relaxed sleeping state.”

No nods this time, but several heads on a tilt; they're all still listening. 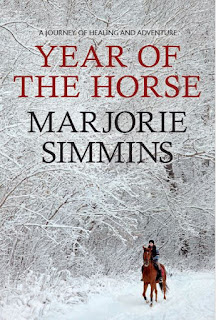 I struggle to underscore the main point. “So those memories—those 'starry night memories,' the ones we keep in our memory vaults—sometimes they're so much a part of us, they need to be written about.” I take a deep breath, wind up for the killer point: “You need to take those memories out from an inner place of safe storage, to a public place of recorded story. One memory could even be the starting point for an entire memoir.”

The group is silent, not a single head nodding now. But I trust this brainy bunch. They just need a moment.

“Ohhhh,” breathes Sara. “You mean our deepest memories – the ones that make us, ourselves.”

“The ones that are as much us, as our fingerprints or our voices,” adds another participant.

“The memory-stars inside us,” chimes a third.

“Yes,” I say. “Those.”
Then I feel that usual slither of fear down my spine – which is probably why I didn't want to do this exercise, hoped no one would notice its omission from our full day of learning and sharing.
More to myself than to the group, I hear myself say: “Of course once you write about those memories, you kinda lose them as your special friends in your own might skies.” I should hold back the next thoughts, too, but somehow I can’t. “Sometimes it feels like there are only a finite number of the most intense, writable memories. So you might … run out.”
A weighted moment of consideration by all, then Sara cries out: “No! That's not it. As soon as you set one memory free, another is able to rise up and take its place. It's like water coming up in our footprints on the beach. All those footprints, all that water and sand:  that can't be counted individually, any more than memories can. And think of this,” her voice is triumphant now, “why shouldn't the memory that comes up be even more special than the one you let go of? It certainly could be as special.”

I will not gasp. I will not cry. I will not sag with relief.
“Yes,” I say, with apparent calm, my interior landscape as a memory-hoarder forever changed. “I can see that, Sara.”

What I see, in fact, is what I've known for ages, as an essayist and a memoirist: the memories do change within after you've offered them up publicly, becoming less vivid in some ways, more substantial in others. Most startling of all, they go on to have their own separate lives apart from you, in the memories of those who read about them.

But I have guarded my deepest, most personal memories partly because they are so connected to people I love, many of whom have passed on, either from simple old age, or complicated early deaths; replaying the memories seems like the only way I can spend time with them. Hence the instinct to hoard. Mine, all mine.

Which goes against every writerly instinct to share stories, I know. Somehow I’ve worked around that, my lifelong need to write and share stories winning out over my fears of losing particular, beloved memories. 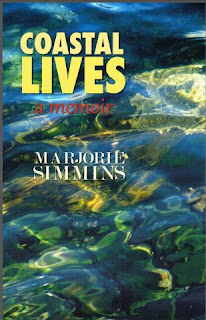 What startles me more than anything from Sara's outburst is the idea of memories-in-waiting. Archaeological layers of memories, waiting to be troweled up into the sun. Bonus! I have never before thought of memories as infinite. I am exhilarated and delighted … and a wee bit intimidated. I am used to corralling, then gradually sharing what I thought was a finite selection of memories.
I stand silently in front of eight pairs of intelligent, kind eyes, and I think: I could claim that whole vast universe of memory that exists within us all, and I could experience more beauty, feel more sustenance from my waking, day-skies, too. Balance, I think, it’s all about balancing then and now.
Aloud I say: Close your eyes for a moment. Forget that it's daytime. Settle into a pretend night sky. Stars upon stars. When you go to your memories, what are the bright constellations you always go to?

Eight pens find paper. When I give workshops, next to the epiphanies that often come with the sharing of ideas, these silent, working times are my favourites..I love to see writers write. We've talked in and around memoir for most of a day, sharing what fascinates and frustrates us about this saucy, renegade genre. Now it's time for quiet, and the recording of thoughts, perhaps of epiphanies, certainly memories – starry night and otherwise.

*Marjorie's next memoir workshop, The Minefields of Memoir, is scheduled for June 17, 2017, at the Thinkers Lodge National Historic Site, in Pugwash, Nova Scotia. Information is posted at her site. 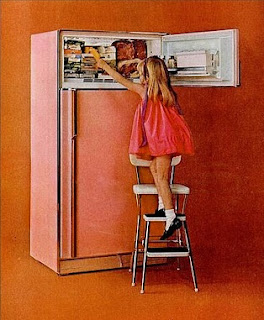 >I'm just beginning to explore this new-to-me nonfiction site, from across the pond -- The Real Story: Developing Creative Nonfiction and the Essay in the UK.

> Pamela Paul, editor of the New York Times (Sunday) Book Review, talks about the future of criticism and what your books say about you, on the Slate I Have to Ask podcast with Isaac Chotiner.

> Over on Jungle Red, Eight crime fiction writers talk about handling and learning from rejection, developing tenacity, and other bits from the writer's life.

> When I was preparing panel proposals for the 2018 AWP conference (multiple fingers crossed), they had to be under 500 characters, including spaces. When my word processor wouldn't fully cooperate, I found this oh-so-easy Letter Count. It even knows the character counts for all the top social media channels.

> If you do any freelance writing, and need additional places to find markets, check out the listings at All Freelancing Writing.

> For your reading pleasure: there's a lot of Mother's Day related fare floating around this week. One of my favorites so far is this beautiful piece, "My Mother's Eyes," from my former MFA student Susan Davis Abello.

> Finally, after some quiet time on the blog, over the next few weeks I'll be featuring new guest posts (Marjorie Simmins and Sonya Huber are up first), and let you in on what's been happening in my own writing life lately. Meanwhile, thanks for stopping by for the Friday links!