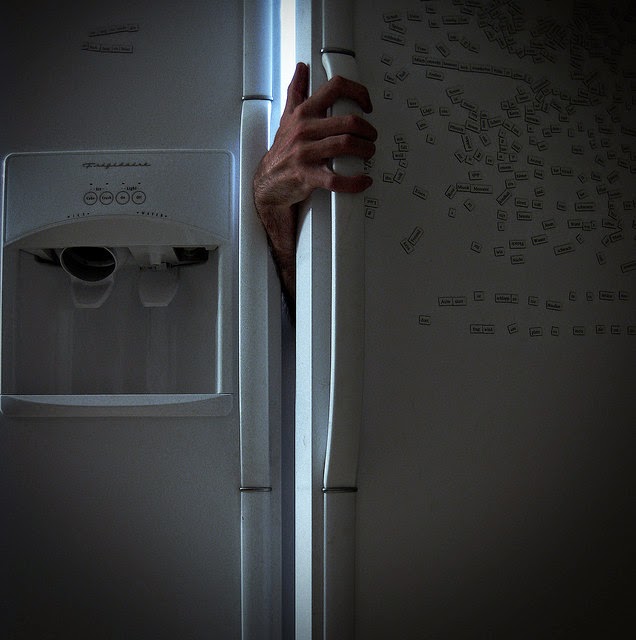 > Ann Hood--novelist, memoirist, essayist, editor, teacher--talks about her latest novel, her start as a writer, process, and much more, in an interview at The Writer. She was one of my MFA mentors, and I continue to learn from her, always.

> The New York Times Sunday Magazine has been "re-launched" (and redesigned, re-imagined) in print and online. Except for those (like me) who are upset at the loss of the Lives column as a freelance essay venue, I'm hearing mostly favorable reviews about the first installment.

> Speaking of the Times, the Modern Love column (in the Sunday Styles section) continues as one of the most coveted pieces of literary real estate for creative nonfiction writers. This teleseminar on March 22, by an ML author, looks worth the time, and it's affordable.

> If you blog or maintain a website, you probably need stock images from time to time. HubSpot Blogs breaks down "10 Sites for Free, Non-Cheesy Stock Photos."

> My involvement with The Writers Circle (northern NJ) continues with teaching, and for the second time, acting as co-editor of a twice-yearly online journal. It features the work of some current and past adult, teen, and child writers. Here's the latest installment; for most, it's their first publication.

This blog, which I've been publishing for eight years, continues to bring me into contact with many wonderful writers. Sometimes a single email exchange grows into a week-long or month-long (or longer) conversation; often, I invite that writer to contribute a guest post. That's more or less how I found Sandra Hurtes, who emailed me after reading an interview here with Sue William Silverman, one of her "writing heroes." Sandra is an adjunct assistant professor at CUNY and also studies watercolor painting. 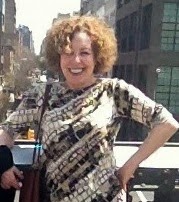 When Poets & Writers began its “Why We Write” column, I felt the topic was made for me. I understood the myriad reasons why I put pen to paper and fingers to keyboard. I hurried off an essay, noting my early life as a painfully shy and compliant child and how through writing I had found my voice and myself. When my essay was rejected, I was surprised. Until I went back to work, rewriting, going deeper, and not stopping until I cried. I discovered that it is only through the laying down of word after word after word that I can get to the center of anything, whether it’s a personal essay or a book I’m teaching in a freshman comp class.

As a freelance writer, I’m guaranteed nothing. Not publication. Not a reader. Not a dime for my efforts. And so being aware of the gifts writing bestows upon me is vital; it keeps me returning to the page.

I didn’t always feel this way.

Though I had an early sense that I was a writer, and dreams of literary success, it wasn’t until I was 44 that I settled solidly into my chair to begin the work. It was the 50th anniversary of the Jews’ liberation from concentration camps; my parents were survivors, and I needed to be part of the emerging global conversation. I loved every second (even the tearful ones) of working on my first fully realized essay, “A Daughter’s Legacy.” It first landed in The Jewish Press, then it was republished in The Brooklyn Woman, The Jewish Journal of Greater Los Angeles, and a small Israeli magazine. The thrill of fulfilling my goal and discovering the joy of writing set me on fire. The following year, I wrote four essays that all found homes in Na’amat Woman, The Philadelphia Inquirer, The Washington Post, and The New York Times.

When the Times called to tell me they were publishing my essay, I was giddy with happiness and nerves, certain I was headed for the big time. The Times piece led to messages from editors and agents who wanted to meet me, and the rush of attention filled a need I didn’t know I had. From my job as an office temp, I called in to my answer machine every half hour for messages. When the Times called to relay agent messages, I was ecstatic. But when there were none, I felt deflated. I was aware of this internal dynamic, and it made me uneasy.

I met with agents and an editor to discuss projects. My ideas included an essay collection or a memoir; I'd already begun a memoir draft. But each person I spoke with was interested in a novel; they assumed I’d been writing for years and had one ready (this was in the mid 1990s, before the memoir mania). My period of "fame" ended with no agent, no book deal, and a bit of insecurity.

I continued to write and publish essays. Sometimes readers wrote to say they connected with me; I loved that. Sometimes an editor reached out; that was an incredible high, underscoring my belief I would eventually make it big—a book turned into a movie turned into a move to Los Angeles to a house with an ocean view and writing as my day job. But in the real world, I still had no finished book manuscript. Wanting to have a book out in the world was a wonderful goal; but for me, it was also a deeply personal form of validation.

I branched out into writing service articles and hoped I’d make a living as a freelancer. This was still a time when you could call up editors and run ideas by them. But the few times I did, my voice trembled.  I felt as if I was putting my life on the line. I mailed my queries instead of calling, most of which received form rejections. Still, studying magazines and coming up with fresh topics was fun; sometimes I wrote entire articles on spec. I loved writing for its own sake, but each time I looked over my shoulder at peers who had agents or books on tables at Barnes & Noble, that pure love shifted. I became competitive and jealous.

I started the novel I thought might be my ticket to success while also working on my memoir and everything else I could squeeze in before, after, and during office jobs. I sent a self-help article to a magazine editor who had loved my Times piece. She left me a long voice mail. Sandra, you don’t have the skills for journalism. You should stick to essays. I’m passing on this article.  I sent it to a rival magazine, and six months later I received an acceptance. But by then I had given up waiting and instead placed it with a poor-woman’s (aka trashy) version of Cosmopolitan.

My disappointment was blinding. The ups and downs of the freelancers’ life were too painful to manage. I continued to work on my novel, and believed in it enough to hire an editor. But it never quite came together in terms of character development.

One day, I told my mother I didn't want to write anymore. “That makes me very sad," she said.“I hear my voice in your words.” In that moment, I settled back into my chair and thought a lot about why I write.

Since then, I've gone back to school for an MFA and I’m now an adjunct English professor teaching four classes a semester. I write all the time, mostly preparing lectures. It sounds dull. But the first time I prepped to teach Mary Shelley’s Frankenstein, I spent hours exploring how a scientist’s brilliance led to his demise. I was on fire with the process of learning and from the gift I was able to give myself (and my audience of students). 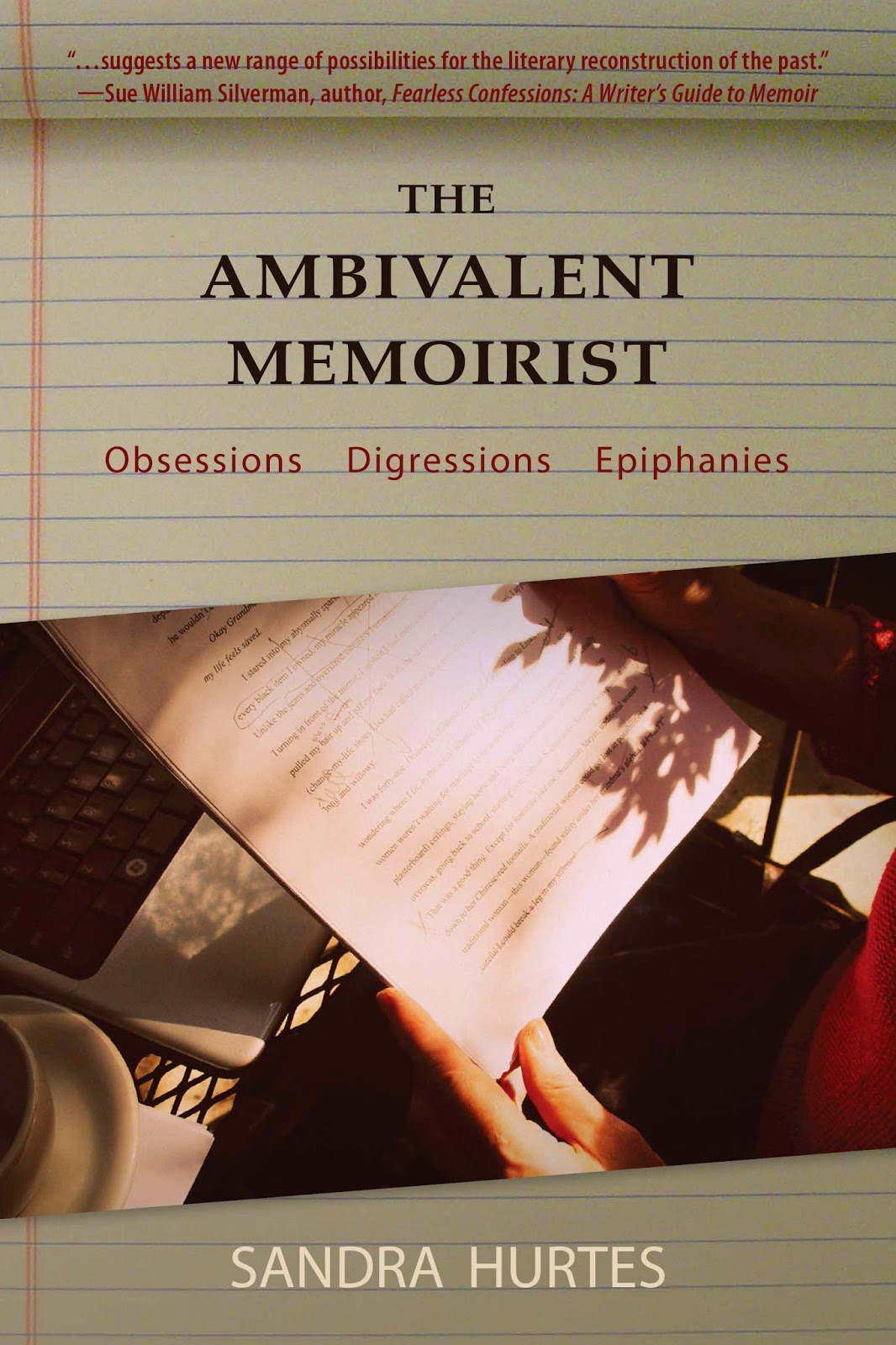 I discovered I could labor over essays, and if they didn’t find a home it was okay. When they did, I was gratified when I heard from readers. As for the most organic book project I had inside of me—the essay collection—I self-published On My Way to Someplace Else. My goal was to contribute a body of work on the Holocaust, and I exceeded that by garnering excellent reviews.

My second book, The Ambivalent Memoirist, has a quirky style of short, digressive chapters. I didn’t look for an agent. I found closure in writing memoir and have closed that "book".  A line in the Publisher’s Weekly’s review -- “Writing as art and psychological salvation is at the heart of this book.”  -- showed me more about what writing means to me.

Being published in newspapers and magazines is important to me; the reach it provides into other people’s minds and hearts is significant. I still want that. But I no longer feel competitive or even aware of what other writers are doing. I’m wedded to my process that allows me to grow and develop in ways I could not have, had I not become a writer.

Note from Lisa: Sandra would like to give one lucky blog reader a copy of each of her books (print or Kindle, your choice). Simply leave a comment by the end of the day on Saturday, February 28, 2015. US postal addresses only for print). Visit Sandra's website to learn more about her. 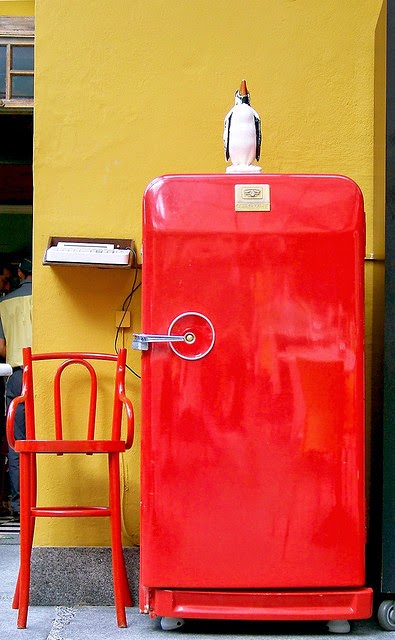 > Prolific writer Jordan Rosenfeld, in a video hangout with Estelle Erasmus, talks about how she churns out so many essays that get published in so many, many places. Worth the 14 minutes!

> Is being "sponsored" (meaning more or less not having to earn a paycheck) the brass ring for writers struggling to find/make/take enough time to seriously pursue their projects? Start at the Brevity blog with this post, and then follow the links back to the original Salon post that got the conversation started, and sideways to a number of responses, both yay and nay.


> Interested in exploring Canadian literary magazines and journals? Here's a handy round-up (the post date reads 2013, but it was just updated last week).


> The Freelancer offers 17 journalism conferences worth your time in 2015.  (Including the ASJA Annual Conference, where I'm pleased to be on a panel about writing groups.)


> Poet Jessica Piazza is submitting only to paying venues in 2015, and chronicling (tumbling?) her experiences (plus talking with other poets and editors) at Poetry Has Value.  (hat tip Erika Dreifus)

> Looking for "feminist/inclusive" places to submit writing? The Fem has a list.  (hat tip The Review Review)


> Finally, I don't know a lot about literary translation, but I know what's funny about words, and I love this: Idioms that cannot be literally translated into English. Well they can be, but hold no figurative meaning.  Like: "There's no cow on the ice" from the Swedish.