The Way out of Prose Problems is Through: Through poetry, sometimes. 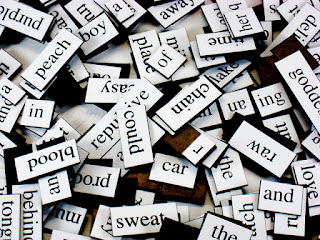 This week, I am asking my creative nonfiction MFA students, to consider poetry. To read about poetry. To read poems. To ask themselves what they can learn from the poet and from the poem. Then, I'm asking them also, to write something that feels like poetry to them. Prose poetry. A narrative poem. Free verse. Maybe something lyrical. A haiku.

I'm not suggesting they embark on a serious study of poetry forms (though if that's interesting to any of them, why not?). What I'm doing is pushing them outside of their writer comfort zones. Reading a form they don't write in, to discover how those writers operate, and why. Giving them a new lens through which to consider that cranky essay, that recalcitrant narrative, that stubborn slice of memoir. To look from a new angle, with a different and strict economy of words, at what a piece of prose is struggling to be about. And to listen to what might happen on the page when the prose becomes a poem.

Every time I do this, in any class or workshop, the response is mixed. What I tell them all is how much I've learned about writing from the other genres. How pleased I was, during my own MFA program, to discover everything that poetry, and poets, and poems, and the blurry line between prose poetry and creative nonfiction, had to teach me about getting at the heart of what I was trying to write.

With the act of writing a poem, I think prose writers are well reminded of the value and possibility of each individual word. Of the need to think about each word on its own. Each word in connection to the words that come before and after. And in relation to the places where there are no words. These are nuances of writing that sometimes get lost in what can be an avalanche of words in prose drafts. Poetry demands the prose writer in me to stop and consider: this word? that one? or another one entirely? or no word? a space here? end here? or there? why? what's between the words, where there are no words?

I often try a problem child piece of prose as a poem, which shows me something about what I'm trying to say. Usually, I then go back to prose, wiser. But not always. About eight years ago, I did a crappy first draft of what I assumed would be a narrative essay, about a day I took a walk with one of my kids. When it wasn't working out, I tried capturing just one moment of the experience as a poem. That felt better. Then I put it away for a long time. I looked at it again last summer, as my younger son, who appears in this poem as a 10 year-old, was packing for college. I realized it was, and is, and is only, a poem. It appears in a new mixed-genre anthology, In Celebration of Mothers (edited by Trisha Faye), published this month. 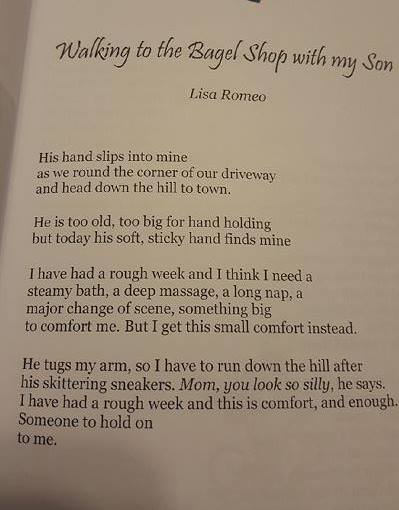 Posted by Lisa Romeo at 8:00 AM No comments:

This Week in Writing Workshops, Post-Election 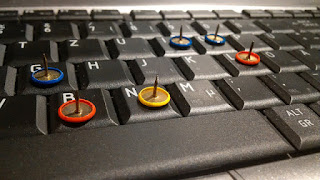 In three writing workshops so far this week, before plunging into anyone's pages, I tried to take the temperature of the room, post-election. Since we all hadn't seen one another since BEFORE, I had set aside 10-15 minutes to chat and maybe vent—longer than we typically spend on small talk.

I wasn't surprised to find the range of emotion included sadness, rage, confusion, frustration, fear, resignation. (And while I knew I had to be prepared to hear and make space for those with the opposite view, as I'd predicted, that wasn't necessary. We live in a deep blue part of New Jersey).

Then I moved on. Or, tried to.

But when I asked my usual opening question, always some variation of, "So, how did the writing go this week?" I was unprepared for the strong responses, most at one or the other end of the productivity / concentration spectrum. Either no words had appeared on the page because writers were too paralyzed, distracted, or emotionally wrung out to write…or, writing was all that had gotten done, in an almost nonstop stream.

I was in the latter camp myself. Since November 9, my fingers had barely left the keyboard. While I wasn't writing political opinion pieces or essays about what the election meant for America, I found that staying busy at what I love to do and do best, was my own private way of avoiding a total emotional meltdown. That—and making batches of soup and other comfort food, alongside my elder son. 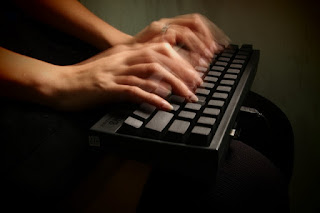 Maybe I needed to remind myself that I would survive. For me, the act of writing alone means there are stories yet to tell, that we're not at the end of our own story yet, that the creative well inside exists apart from, and often in spite of, outside vagaries.

The writers around the workshop table told similar tales. Putting their heads down and plowing on with plots and drafts and (solvable) prose problems provided much-needed focus. Writing was available too, in the worried hours of the night, the frightening mornings before (or instead of) turning on the news. Like me, those writers were glad to have something to work on that felt do-able, whether unraveling a fictional character's troubles or describing a narrator's dilemma.

Others had the opposite response: the election outcome shut down their writing drive, pushed the writing impulse over a cliff. Either writing felt meaningless in the face of the gloomy bigger picture, or the bad news had completely robbed them of concentration and focus. Sitting still at a writing desk was not possible, given the upheaval in their minds and heart.

A few reported that while they had been writing, none of it was probably going to be salvageable; but the act of writing had felt comforting and familiar, and let them feel in control of something. Others said they were glad not to have brought all their negative emotion to the keyboard, so that when they are ready to return to their works-in-progress, and when they read that work in the future, it won't have the taint of "I remember writing this the day after…"

Finally, in each workshop, as the talk waned, I noticed a kind of unspoken hunger to get down to what we were there to do: talk about writing, read and share writing, listen to and give feedback on writing. It seemed to me that the act of gathering as writers—no matter what kind of week we'd all individually had—was important, or at least useful. That it was reassuring to be together, doing something familiar, something that at its core, promises things can improve, that we have change at our fingertips.

Wake Up and Smell the Essay (Or, let the darned thing rest and see what happens...) 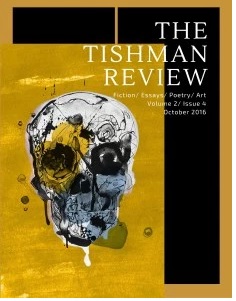 I have no scientific proof, but I'm fairly confident that every childhood home had a particular smell, a combination of odors both pleasant and not so nice. Vanilla Yankee Candle maybe. Fireplace. Cigars. Perhaps garlic simmering in olive oil. Clay. Or lemon furniture polish. A ripe litter box. That smell we don't know is there until we live elsewhere and home becomes a place we visit—and notice.

I do know that science does confirm smell is the sense most likely to elicit memories.

But I can't say I ever wanted about the olfactory signature of my childhood home. Yet, that's what I did in "Smoke and Silk, Top Note and Finish," which found a nice home in the Fall 2016 issue of The Tishman Review.

The essay examines the role and meaning of the smell that clung to my late mother's material possessions, especially the fine fabrics my mother hoarded, and what that smell suggested to me about my mother and her marriage. All that is wrapped inside a narrative about some time my sister and I spent in her Las Vegas house a month after she died.

That week with my sister was all I thought I was going to write about when I first started the essay. But I've learned our writing has a mind of its own. Work on something long enough—or, better yet, DON’T work on it for a while—and sooner or later, the real story emerges.

Fortunately, I let each of the half-dozen messy successive early drafts of "Smoke and Silk" sit untouched for many months at a time over four years. Each time I returned to it, I saw something "new" that I had overlooked before. Each time, I got closer to what I think it was trying to be about. I listened to the drafts. Perhaps, had I worked on it more, or let it rest some more, or both, I'd have discovered even more. But at some point it felt finished. (As finished as any piece of writing ever is; which is to say, it felt ready to submit, if not precisely, ever done.)

The longer I write, the more I understand the power of doing nothing (on the page) in between drafts; the more I trust that, while seeming to do nothing, I am doing something.

You can order a print copy of The Tishman Review (Fall 2016) here; get a Kindle version here; download the pdf version here. (My piece begins on page 85.) 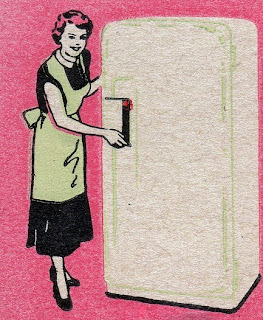 > I'm not much of a baseball fan, but I am a fan of beautifully written, sport-related essays and feature writing, especially a piece that bring together big team events with the humans who love them. Like this one, which ran on ESPN the morning after the Cubs' World Series win.

> In New York City, legislators have introduced a bill to protect freelancers from editorial clients who don't want to pay.

> This is not new, but I read it again yesterday while passing along reading suggestions to some writers who are struggling with the concept of massive revision. Imagine tossing out an entire novel? Laura Dave explains.

> If you teach writing, or act as a writing coach, or simply help another writer with a project from time to time, I think you will appreciate Jane Bernstein's honest assessment of her behavior working with a former workshop participant.

> How about some levity? What if "Election: 2016" were a novel? Can you imagine the rejections from literary agents? Devorah Blachlor did.