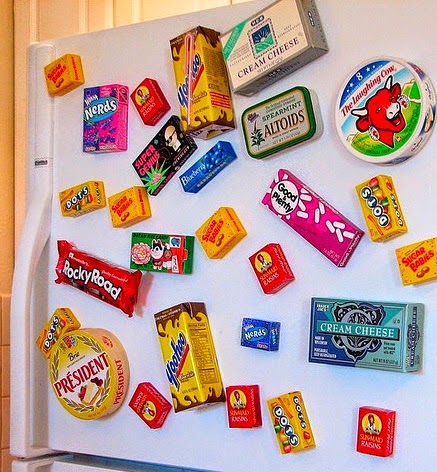 > The Oxford (serial) comma: fan or foe? Or, no idea what the fuss is about? Check out  this short TEDed video.


> When author Jill Smolowe needed to help market her new memoir, Four Funerals and a Wedding, she quickly realized social media was not her forte. In a post at SheWrites, Smolowe describes how hewing to the skills and connection style that feels comfortable is delivering results (and peace of mind).

> But if you are working the social media PR angle, then it's handy to understand how time-0f-day posting affects response and interaction. Social Media Today has the details.


> Leslie Jamison, author of a new essay collection, The Empathy Exams, shares thoughts about writing the personal essay, over at Publisher's Weekly.

> Not a new piece, and not a quick read, but Debra Gwartney's excellent  "A Few Memoir Pitfalls, and some thoughts on how to avoid them," is well worth the time.

>Songwriters apparently sometimes suffer a form of writer's block too. Here's what Sting did and where he went to break out.

> Novelists grappling with timelines and time-related logistics in their unfolding plots, flashbacks, and backstory will appreciate Kathy Crowley's tips, insights, and systems.

> Finally, got a pet business-speak language peeve? Is it "reach out"? Then you might enjoy this, from ThinkMap.  And, what would a mash up of the Amtrak writers residency and an oddly named literary journal look like?

Reminder:  If you're interested in *I Should Be Writing!* Boot Camp: Reclaim Your Writing Life, the final 2014 group class begins on Monday, 4/14.

About seven years ago, I was a more frequent attendee at writing conferences, and among the intangibles I miss is making new writing friends, face to face. I met, and immediately click with Saloma Furlong from the first hello at a two-day conference on memoir at Trinity College in 2007. We kept in touch via email, then lost the thread – busy lives. Until late 2010, when I was assigned by ForeWord magazine to review her first memoir, and her husband David spotted the review online. Next, Saloma read at a bookstore near my New Jersey home, and we picked up as if we'd never been out of touch. I'm delighted to host Saloma here, talking about the road to publication of her first, and second, memoir. 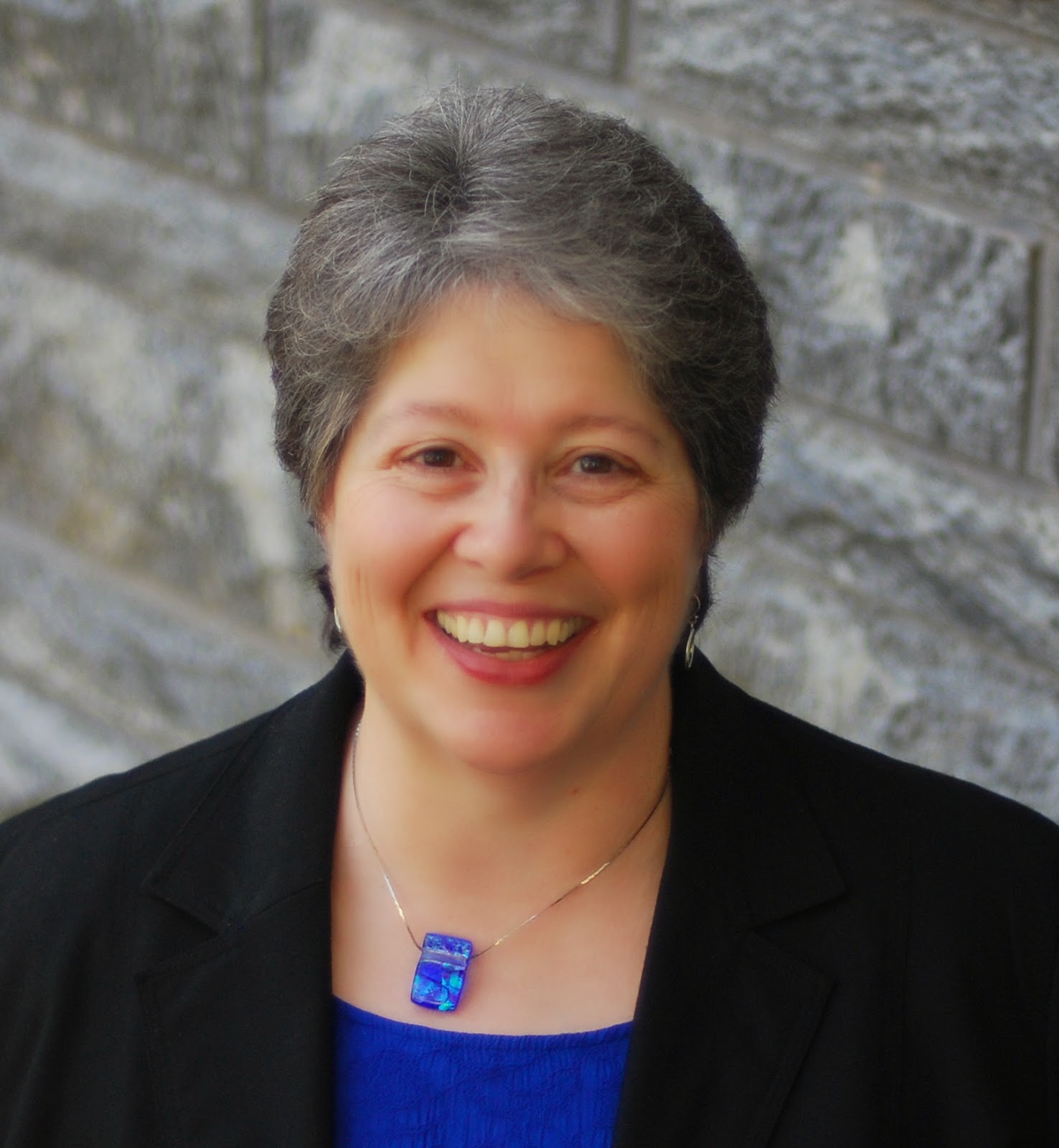 Seventeen years elapsed from the time I first started writing for an audience to the publication of my first book. I wanted my memoir published long before, but I believe now that the story (and indeed my life) needed to evolve and develop.

I would never have become a writer if I did not have a life story I felt compelled to share. At times I was ready to ask someone else to write it — that’s how desperately I wanted it to see it in print. In retrospect, I see that it was important my story be written in my own voice, from my perspective, with the insights I’d gleaned from my life experiences. Eventually I realized I was the only person qualified to write my story.

I’ll tell you why.

I grew up Amish.

Today, Amish romance novels are big sellers. But as a native Amish person, it is excruciating for me to pick up books written by authors who’ve never been Amish themselves. They inevitably get it wrong. These authors don’t know what it’s really like to grow up in the Amish culture. Of course novelists are not restricted to writing only about the worlds they experience firsthand; if they were, there would be far less interesting fiction on the shelves. And some authors who do write Amish novels are careful researchers, though that is no substitute for the Amish mindset that comes from growing up Amish.

But I wasn't planning to write an Amish romance novel. My story was a memoir, and the idea of a ghostwriter or collaborator meant I'd have to translate a lifetime's worth of "inside information" and still risk that the book would not have the authenticity I sought. 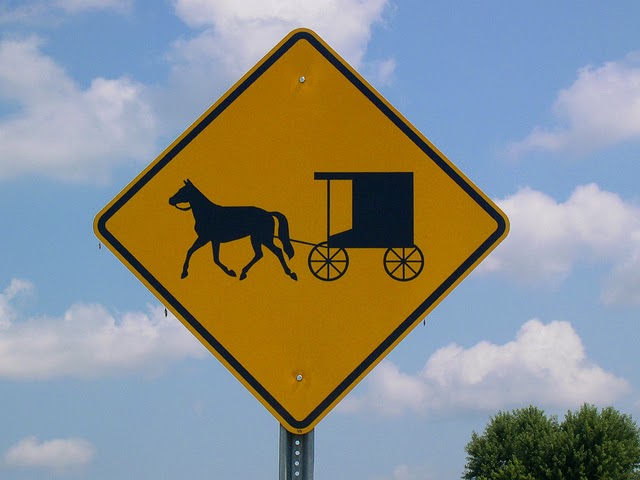 So if my story was to make it into print, it was up to me. I wrote a draft, put it away, wrote more, put the manuscript away again, pulled it out and rewrote. For years. I’d ask others to read it and give me feedback. But it wasn't until I made a connection through my contacts at Smith College (my alma mater), that I found Jeanne Braham. She became my developmental editor and helped me shape the book into final form.

Then it took six more years to find a publisher.

Friends have told me that my middle name should be Perseverance. They might be right, because without this very Amish personality trait, I may not have been stubborn enough to continue. But I believed in my story, even after three different agents tried, and failed, to sell the manuscript. I envisioned that book in my hands for a very long time. I was not about to give up.

When I received the manuscript back from my third agent, I decided to give it one last try. If I couldn't get a publisher interested the next time out, I would have to consider publishing it myself. Many people have successfully self-published and were happy they did. But I’ve always been clear that I did not want to go into the book publishing business. I was more than happy to promote my book (which it turns out is something I enjoy almost as much as the writing), but I saw myself as a writer and wanted to collaborate with a seasoned publisher who could do all the other things to make a book successful that I did not feel equipped to do myself

I found hundreds of independent and university presses at New Pages, scoured the list to find publishers that met my criteria, read their submission guidelines, and began making—yes—simultaneous submissions. I was following the advice of one of my writing teachers about publishers requiring exclusive submissions: “Those are their rules, not mine.”

And so I dared to be so bold. I kept a chart of publishers to whom I submitted my proposal, and when I got to 33, I decided to stop, simply because 33 is my favorite number.

And then I waited and recorded the rejections.

A few hours later, I received an email from another university press, asking to see the whole manuscript. My mouth dropped open. I knew one thing for sure — the time for my book to be published had finally come. But now I had a dilemma: Send them the manuscript, or wait until MSU Press officially offers me a contract?

After two days of thinking it over, I went with my gut. I called MSU Press, reached Julie Loehr directly, and told her about my dilemma. She explained that MSU Press was already investing in the book by having consultants who are experts in the subject matter read it and offer editorial feedback. I promised her I would not send my manuscript to the other publisher unless MSU Press decided not to publish it.

MSU Press did publish Why I Left the Amish, in January 2011. Perseverance had paid off.

When I was writing my next memoir, Julie Loehr and I agreed that I needed a trade publisher for that book. I thought it would be easy to find a trade publisher because by then I had that coveted thing called a "platform." I had a blog that was garnering between 500 and 1,000 hits a day. I had an author website. My first book was mildly successful, and I had been featured in the PBS documentary The Amish that aired on American Experience. I would also be appearing in the follow-up film, The Amish: Shunned.

But it was not easy at all.

I found there was a certain expectation from writer friends, agents, and publishers, that MSU Press would be publishing my second book. I needed a mid-list publisher, hard to come by these days, and if I didn't find one, I'd be faced with a choice: do I self-publish to capitalize on the timing of the second film, or do I take my time and find a traditional publisher? I started a Kickstarter campaign to self-publish.

And then my friend Shirley Showalter, whose own memoir about growing up Mennonite was about to be released, connected me to her publisher, Herald Press. This confirmed something I had thought was true — even in a digital age, old-fashioned networking is still the most effective way of making important connections.

Herald Press made a commitment to publish Bonnet Strings: An Amish Woman’s Ties to Two Worlds, the day before The Amish: Shunned premiered on PBS, on February 4, 2014.

The message in my story, for all writers: take heart. If, even after numerous rejections, you can still imagine your story in book form, keep trying. I know in this age of instant gratification it is hard to wait, but it may be that your story is still evolving, and that the best timing is still in your future.

Whether or not you want to adopt it as a middle name, perseverance does pay off.

Note from Lisa: Saloma will be stopping by over the next week to answer any questions blog readers would like to ask – just leave them in comments. By leaving any question or comment you will also be eligible for a random drawing to receive a signed copy of Bonnet Strings (must have a U.S. postal address, and leave comment by midnight EST on Monday, April 14).

You can read more about Saloma's journey at her blog, and connect on her
Facebook page, and on Goodreads.  She appears in this video profile from the PBS American Experience documentary, “The Amish: Shunned.”

Images: Saloma - Kerstin Martin; Sign - DavidJones/Flickr Creative Commons; others courtesy of the author.
Posted by Lisa Romeo at 8:30 AM 18 comments: