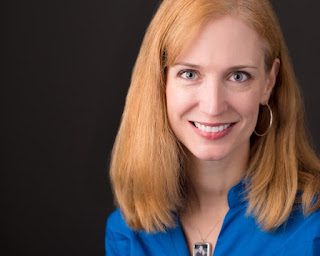 Lucky for me, I met Anna Whiston-Donaldson at the Hippocampus conference for creative nonfiction writers last month. While I very much enjoyed her company over a shared meal, as is so often the case after making new acquaintances at literary gatherings, it wasn't until I came home and began learning more about the people I'd met (hello, Google!), that my interest in her work and appreciation of her accomplishments soared.

Anna was already a popular blogger who wrote about family foibles, furniture restoration, and fun thrift finds at An Inch of Gray, when tragedy befell her family. What she did with her grief, on the pages of a memoir, and in many other essays and articles, is a gift to others struggling with loss.

Yesterday, September 8, was the paperback release of my memoir, Rare Bird: A Memoir of Loss and Love. It was also the fourth anniversary of the day I lost my young son in a freak flash flood. I had no choice about the odd date coincidence, but I decided to roll with it. Having something else to take up some of my mental space on that horrible “crapiversary” turned out to be a gift.

When I think about it, the theme of “rolling with it” seemed to surround the entire paperback release.

This was a stark contrast to the focused preparations that led to the initial hardcover release one year earlier, when my publicist landed a full page article about my family’s story in the Washington Post, and we tried to harness that interest in a variety of ways. 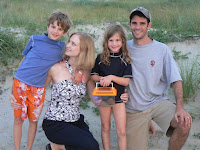 I treated the hardcover release like a full-time job, mailing Advanced Reader Copies to fellow bloggers, experts in the grief world, and other memoirists. A friend helped me rally 50 bloggers for a blog tour of reviews. A twitter novice with few followers, I set up a Thunderclap campaign where hundreds of people signed up to send out a pre-written tweet about Rare Bird on release day, reaching many more people than I could have on my own. I had articles ready to drop on other sites such as The Daily Beast, Time, and in Woman’s Day Magazine. My publisher offered free books to bloggers in exchange for honest reviews. We also had a video book trailer to share on social media.

All of that preparation, on my side and that of the publisher, meant a strong launch for Rare Bird. The book was on the New York Times Bestseller list for two weeks and was selected one of Publishers Weekly’s Best Books of 2014.

This time, however, my head was in a different space. The languid days of summer seemed to last forever, and my teenage daughter didn’t go back to school until the paperback release day, which kept me distracted and distanced from what I needed to do until it was upon me.

Have you ever seen an actor giving a press interview about a movie that was made years before, and he or she is clearly over it? I wasn’t OVER my memoir during the paperback release, but I was ready to think about what might be next for me as far as writing and speaking goes, and was able to let go of making sure each aspect of the release was exactly as I would have chosen it to be.

My baby was already out in the world, so a lot of the anxiety and anticipation about what that would mean had passed.  And while the year before I’d worked like crazy to ensure it had the best possible introduction, now the baby felt like a toddler, and if that toddler wore purple and orange striped socks and wanted to strike out on its own a bit? So be it.
For example, my agent loved the audiobook cover (done by a different company) so much she proposed using it for the paperback. I could not have loved my original cover more, but I felt like…rolling with it.

If a new cover had more mass market paperback appeal, then I was fine with it. It looks gorgeous, and I am grateful to even have a paperback release and the opportunity to get my story into more people’s hands in this way, as I know that is not a given.

I also didn’t hear much from the publishers or my agent during this time. Due to an office restructuring and move from Colorado to New York, my publicity and marketing team was completely new and didn’t know as much about me as the original team did. We had one conference call, a few emails, and that was it, so while they were working behind the scenes trying to set up interviews, etc, I wasn’t in on the details.

So what did I do for the paperback release? I reminded friends and followers on social media that the paperback was coming. I shared the new cover and a new video on one of the topics from the book. I ate ice cream. I waited.

I don’t know how the numbers will shake out, but I do know that something a fellow writer told me is true: no one cares more about your book than you do. The good news is there are many strategies for getting the word out about your writing. I am happy to have learned a great deal about these during the hardcover release, and I hope that my more passive approach to the paperback release does not mean that my book won’t get into the hands of those who could benefit from it.

Having a sustained focus on getting my book out there meant a great deal of time spent away from the practice of writing. Before long, I began to doubt I had one more thing to say, or that I could ever put another good sentence together. They say that writers write. My own life hadn’t reflected that in over a year, and by the time the paperback release came about, I was ready to let go a little, slow down, and try writing again.

Note from Lisa:  Anna would like to talk to you, if you have any questions about her writing, publishing, or grief process. Just leave them in the comments HERE, and she'll *stop by* the blog over the next week and respond.  She'd also like to send one of my readers a signed paperback copy of Rare Bird. To enter, just leave any comment here at the blog; or tweet this post, tagging @LisaRomeo, by midnight on Friday, September 18, 2015. A random winner will then be chosen. Must have a U.S. Postal address. Be sure to also visit Anna's website, and  follow her on Twitter or at Facebook.
Posted by Lisa Romeo at 7:30 AM

I'd love to read your book, Anna. You had an interesting journey with its publishing and this blog offered much to think about. Thanks!

Anna - Thanks for sharing with candor about your publishing experience. I love the baby-to-toddler analogy.

Lisa - Thanks for, once again, introducing readers to great authors and books.

Hi Anna--I consider myself a writer, though I have not published. I lost my 19 year old daughter April 2, 2013 in a freak accident on a scooter while she was traveling with her sister visiting family friends in Taiwan. My daughter--named Anna--beautfiul name, right? :) --was a writer, as well. I am having difficulty getting writing since her death, and added to this is that she left over 60 poems plus short stories and a couple of unfinished novels. which her younger sister and I want to revise and publish. I admire the fact that you seemed to be able to use your writing of RARE BIRD to help you with your grief process. I love the book, though I confess that I have read "around" in it, since reading grief books for me is its own journey. I would love to hear more about how you found the discipline to write RARE BIRD. Thank you! --Ellen

This is a great post, Anna. Thanks for sharing how the book launch process went for you, both initially and now. All best wishes for the paperback version getting into many people's hands! Rare Bird has been on my radar for some time now, and I look forward to finally getting a copy.

Thanks Anna and Lisa for sharing honestly about the writing and marketing process. I will definitely look for a copy of Rare Bird.

Sisterhood of the Sensible Moms said...

I love your book, your story, your love for Jack, and your commitment to a happy family life despite your loss. I'm so glad that your book is now a paperback. Erin

Thank you all for your comments! I appreciate the opportunity Lisa gave me to share a bit more about my experience with the publishing process.

@Ellen Harris, I am so very sorry for the loss of your precious Anna. What a gift that you have her writing to read and eventually share. I think the reason I was able to write the book was because I had an outside commitment to do it. If it had been up to me, and I was relying on my own strength and will to do it, I wouldn't have buckled down. I know myself well enough to know that I need external motivation. So while the blogging poured out of me in real-time following Jack's death, a needed release of the feelings of shock and confusion and pain, taking that to the next level, in a book, took some nudges from others.

There's nothing more difficult than the loss of a child. That is a strange coincidence to have the book launch be on the anniversary of your loss. The first anniversary of my son's death was the hardest, although the feeling of missing someone in your life never really lessens over time. I have not been able to write much about it yet. You have my admiration for doing so! Take care.
Linda

@Linda K. Sienkiewicz-- Thank you for your kind words. I am very sorry for the loss of your son.

This is so refreshing for me to read right now. My memoir came out 7 years ago, and I'm still "passively" marketing it, mainly through my classes and talks. But it's true, writers need to write, and that's a whole different mindset, for me at least. It's nice to read your honest appraisal of your own journey to publication and back to writing (again.) It's all good, isn't it?
p.s. I am so sorry for your loss, and grateful for what you are doing for others in similar situations. Bless you.

Hi -
Erin - @Sisterhood of the Sensible Moms - your comment was selected at random! If you would email me your postal address, Anna will be glad to send the book your way.
- Lisa
LisaRomeoWrites at gmail dot com