Poetry for Prose Writers -- Get Your Regular Dose 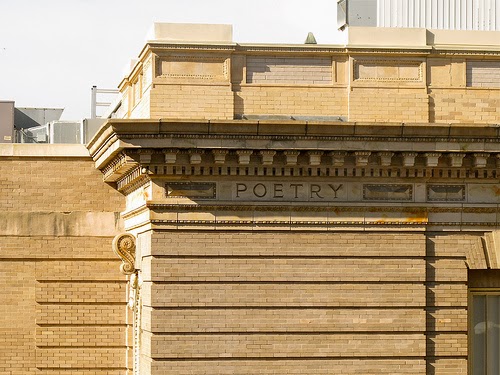 Until about 8 years ago, contemporary poetry seemed alien to me; in some vague way, I used to think either I was too unimaginative to understand it, or those who wrote it were uninterested in having anyone who is not also a modern poet comprehend its meaning.

Then I enrolled in an MFA program and that was the end of that. Even those in the creative nonfiction track like me were rubbing up against poets all the time. Eventually, I sat in on more than the polite number of poetry seminars. I discovered poetry that relies on the narrative line, prose poems, and – biggest head-thumping moment of all – that not only might I like to write some, but that a poem may be the best exercise of all for a prose writer. This came clear to me in a workshop my final week, led by a poet, with an even mix of nonfiction writers and poets around the table.

In the last five years, I've developed the habit of purposefully reading several new poems each week (I try for one each day but don't always manage it). Some stumble into my path, which is easy enough to understand: I now have many poet friends, whose work is regularly getting posted, published, praised, and passed around. I watch for new work by poets whose material I was first exposed to in the MFA program, and later via my expanding circle of (all kinds of) writing colleagues, and try to catch up on their older works too.

Like several mentors and workshop leaders I've studied under, when I began teaching and leading workshops, I adopted the ritual of beginning each session by reading a poem aloud. I ask those gathered (usually all prose writers) for a bit of forbearance, and to first simply listen as I read. Then, I pass around copies and ask someone else to read it aloud again. Sometimes we're lucky to have someone in the room who also writes poetry, and knows far more than I about the art of reading poetry aloud.

Then we talk about it – just for a few minutes. Whatever comes to mind. The language, word choices, images. Rhythm, intent, what's purposely left out. The lyricism, the music. How does it make you feel?

I'm not suggesting to the writers at the table that they write poetry, or mandating that they read more than this one poem each week. Aside from learning to appreciate another form of written art, mostly I do it because the writers who've gathered have typically just arrived from the busyness of their non-writing lives -- jobs, families, chores, traffic, noise, ice or heat or bad news on the car radio -- and I want to create a transition moment, a specific line where we cross from that over-stimulated, fast-spinning world into the land of words, language, art on the page.

I can tell that some folks only tolerate this 3-4 minute interlude; they want to get on to the real business at hand. That's okay. Because once in a while, something else happens, something terrific. Like the other night, in a Memoir & Personal Essay class, when we read Gretchen Marquette's poem,"Ode to a Man in Dress Clothes" (originally published in the Paris Review, though I discovered it republished in Harper's) which has an uncanny resemblance to creative nonfiction.

After we'd read it twice and talked briefly about the images, the writer's possible invocation of memory; about tone, and how the second half of the poem differs dramatically from the first half in form, pace, and rhythm, one of the woman at the table smiled and reported: Wow. I used to think I didn't like poetry at all. I used to think it was so dense and odd. But I now I like it.

Photo: torbakhopper/Flickr Creative Commons
Posted by Lisa Romeo at 9:21 AM

I know several outstanding authors who say they read poetry before they write in order to place the rhythms in their head. I truly enjoyed this article, as one of my greatest weaknesses as a writer is the need to be more poetic and rhythmic with my own lines and choices of words. I have never been in a workshop that began with reading poetry, but my workshops will begin that way from now on--and I suppose that is the greatest compliment I can pay to you and your article!

Thanks for that, C.D., what a lovely thing to say, and I'm so pleased that you may try this. You've made my day!