Though she's taken an (online) class or two of mine, and we live only a few miles apart, I haven't met Alison Strack "in real life". That's okay, even common lately. I still think of her as part of my local writing tribe. One reason we haven't met yet is she's an incredibly busy super-achiever in her field – Alison works as a neuroscientist and researcher in the pharmaceutical and biotech industries. Extensively published in scientific journals, Alison has now turned her attention to writing fiction, working on a novel and short stories. She also loves to travel, which is partly what brought her to the Sirenland Writers Conference in Italy this spring. When I heard she was going, I asked her to let us know about her experience. 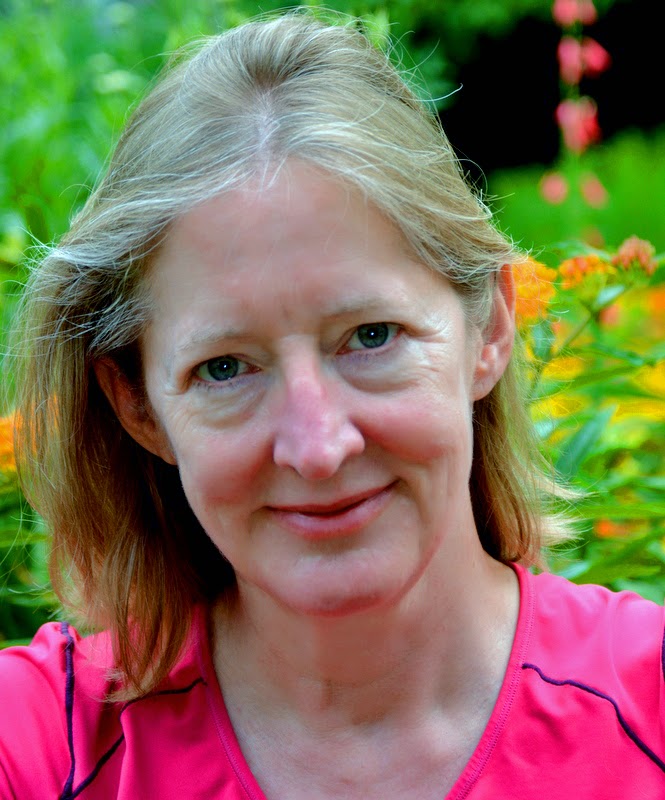 It begins: my first workshop/writers conference. I had submitted a writing sample and a short essay about how I envisioned the experience would benefit me, and now I was sitting on the terrace of Le Sirenuse, a five star hotel on the Amalfi Coast of Italy, overlooking the Tyrrhenian Sea. I was wondering how the week would go.

A friend had participated the year before and raved about the instructors, the other writers in the workshop, and the setting. I assumed I'd be a long shot to be accepted, but decided there was nothing to lose, so I applied. A few weeks later, I stared dumbfounded at the email saying I'd be welcome at Sirenland. I was going to Italy.

There were three components to the conference -- workshop, networking, and craft lectures. For the workshops, like everyone else, I had sent in 25 pages of work I hoped to improve. Among the participants would be those writing novels, memoir, and short story; and the three groups of ten participants were each assigned an instructor.

This year’s conference instructors were Andre Dubus III, Dani Shapiro, and Meg Wolitzer. Each has an international reputation as an author, and to me, the list was quite intimidating. However, all are also known in the writing community as excellent teachers, so I trusted that there was no way I could go wrong with any of them

Every morning, each workshop group met for more than two hours and went through the work of two of the participants. As we’d all received everyone else's work ahead of time, we were already immersed in the story and the writing by the time each piece came up for discussion.

Our group was diverse—both in the individuals and their backgrounds and in the kinds of material they'd written. Our workshop leader, Meg Wolitzer, would let everybody—except the author—talk freely, as long as the discussion kept bringing new points. I had submitted a short story that I thought was good, but which I knew needed to be better, and I had studied it for so long I no longer had any insights on how to improve it. The group feedback was on-point—less telling, more showing, add more scenes, use more dialogue (my bete noire).

We spent a great deal of time discussing adolescent language and how to craft it to help show the world my characters inhabited. If we got stalled, and when we started winding down, Meg jumped in with her insights. Moreover, if there was a “teaching point” that she could provide, generalizing to some point of craft, she would do so, often citing examples from other literature.

From the week, I came back with a long reading list. Since my short story is told from a first person point of view, and one in which the protagonist didn’t have a complete understanding of what was going on around her, Meg suggested Carson McCullers’ short story "The Member of the Wedding," and Mary Robison’s novel I Am Twenty One as examples of stories where the narrator understood—and could relay—more than the protagonist's point of view.

We talked about how often, unreliable narrators (especially adolescent characters) don't understand the meaning of everything that's going on in their world, and that the job of the narrator (as opposed to the character herself) is to make sure the events of the story (told through the eyes of the character) are described in a way that the reader gets it, even though the narrator doesn't understand.  She also suggested Sam Lipsyte’s New Yorker story, “The Dungeon Master” which illustrates a framework of how dialogue could help showcase the uniqueness in worlds of adolescents.

Our workshop leaders met with each writer separately to talk about their impressions of our pieces and how we could improve them, and to help us sift through the myriad of sometimes contradictory comments that we had received during the workshop discussion. Meg helped me weigh the merits of different strategies suggested and how they fit with my vision of what I wanted to accomplish on the page.

A second important element of the conference was the opportunity for networking. We had the chance to meet and mingle with not only the individuals in our own workshops, but also those in the other workshops, sharing coffee breaks during the morning workshops and drinks in the bar in the evenings. A terrace overlooking the Tyrrhenian Sea is not a bad place to meet and make new friends!

The teachers, as well as the invited guest artists, Andre Aciman and Scott Cheshire, were also often out and about too, and enjoying the same verve, so it was easy to have "after-hours" conversations. Each of the instructors also provided a formal reading of their recently published or in-progress works. Not only did the teachers and artists present for the students, but one evening—at the home of the Sersales, the hotel owners, who hosted dinner for all the participants and their significant others—each of the students gave a three minute reading of their work as well.

The third element of the conference was craft classes, most often given by writer Hannah Tinti, one of the conference organizers. She regaled us with writing exercises, methodologies for rewriting, description, story arc, and more. Good reminders for those who came with significant academic experience in writing and solid fundamentals, and an excellent base for those who had made their way to fiction writing in more indirect ways. Much of the conference worked on this principle, whether intended or not: every element afforded something for the novice conference-goer and also something for the veteran of many conferences and published books.
Lastly, I have to mention that traveling to the Amalfi Coast of Italy after a long, dreary winter in New Jersey was anything but a hardship. The conference organizers were wise enough to give us blocks of time during the day to explore the hilly, wind-y streets, shops and restaurants of Positano. Le Sirenuse, the magnificent five star hotel, is opened up only to this conference every year in early spring, thanks to the owners and gracious hosts, Carla and Antonio Sersale, because of their strong interests in the arts.

Saturday breakfast, the morning we all prepared to check out and leave, was sad and invigorating. We were sorry to be leaving, yet inspired to go home to rewrite and to write, and to continue the relationships we’d developed there. We hugged and wished our new writing buddies well, hoping and maybe even knowing that these names will be ones to watch for, as their books and stories make their way into the world.

With hard work and luck, maybe mine will one day be among them.

Note from Lisa: The 2015 Sirenland workshop is scheduled for March 22-28. Learn more here.

As a fellow writer at this year's Sirenland conference, I can confirm that Alison's synopsis fully captures the many outstanding aspects of the event. And from the skill of her writing, you can see why she was a perfect choice to participate!

I've been three times and hope to get back again one day. Glad to know it's all as great as ever. And also wanted to add, it's the one conference that welcomes significant others, that is, to everything but the morning workshops!