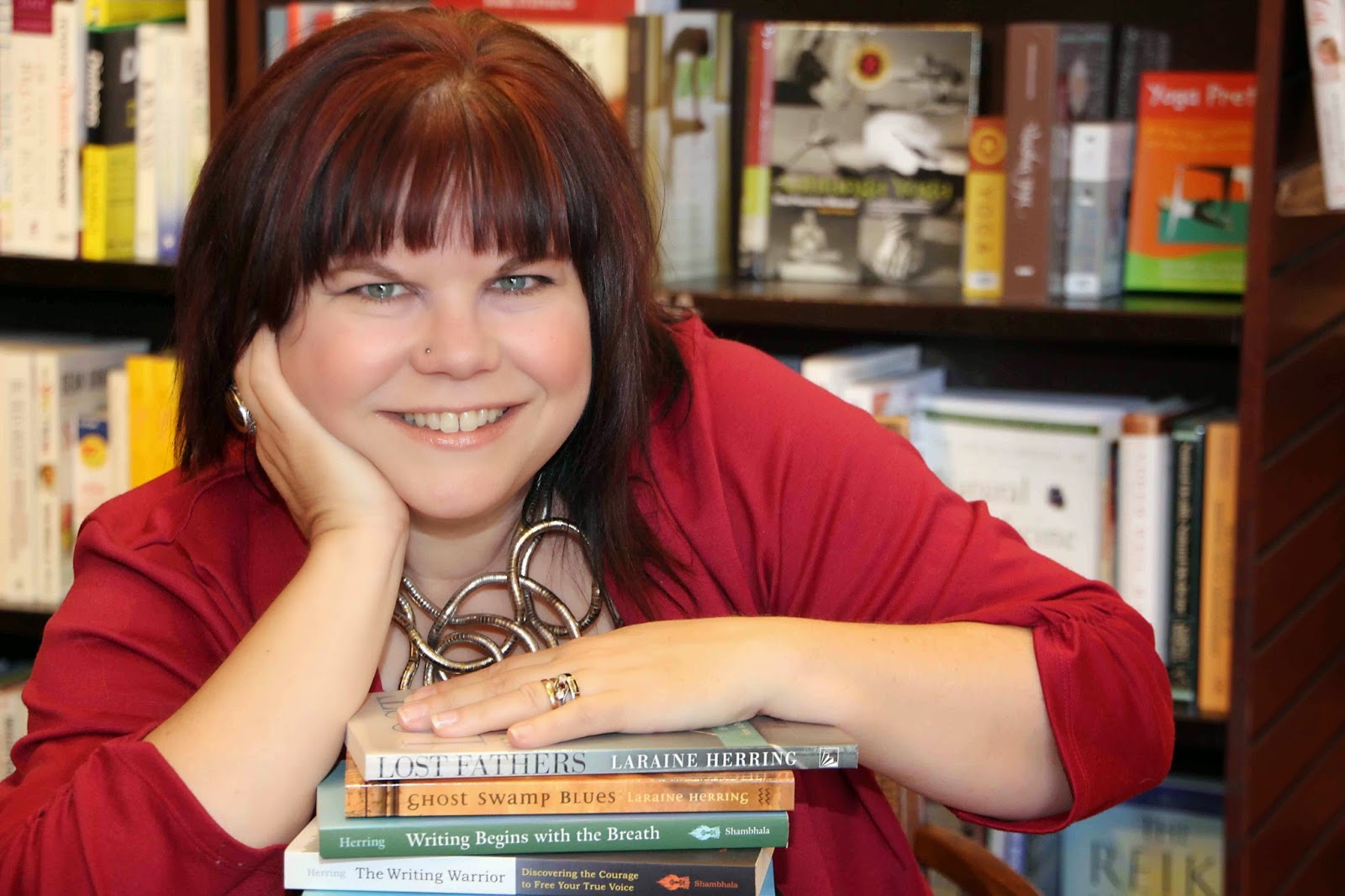 I'm pleased to present another guest post (her third!) from someone I respect a great deal. Not only do I enjoy reading and learning from her work, but since we first corresponded about four years ago, Laraine Herring has provided me with inspiration and motivation, excellent advice, insightful critical feedback on my memoir manuscript, many laughs; plus the gift of reading and offering feedback on one of her novel manuscripts. (I'm certain I got the better end of the deal on that one!) I've watched with admiration as she's further shaped and defined an already full writing life that includes college teaching, writing novels and craft books, and nurturing fellow writers through innovative in-person and online ventures.

I’ve tried many different ways to help my writing students become more comfortable with the essential writer’s quality of vulnerability. They want so badly to “get it” quickly, to be masters of their work, commanders of their ships. They don’t want to screw things up. Feel exposed. I understand. I do, but I have to somehow convince them that not only is it OK—it’s essential—to not know everything all at once.

Writers must spend many hours, days, and months in a space of not-knowing. It’s human nature to want to squirm away from this place. Not knowing makes us feel vulnerable and that can create tension. But our work’s deepest heart is revealed to us slowly, through committed practice and patience.

One semester, my beautiful, normally mild-mannered students turned vicious when speaking about their own works-in-progress. It was as if a tiny evil creature slipped out of their mouths wielding Wolverine-like knives to cut down everything in its path before it had a chance to grow. Where did this venom come from? And what purpose might it serve if we could look underneath it? What lives within the bully?

This class used words like drivel, failure, garbage, crap, ridiculous, absurd, and on and on to describe their early drafts. Mind you, they did not speak about their classmates’ work in those terms. They reserved those labels for their own still-wriggling drafts, treating themselves and their own creations worse than they would ever dream of treating another’s work. At first, I pointed out what they were doing, but that didn't stop the behavior, so I tried an experiment 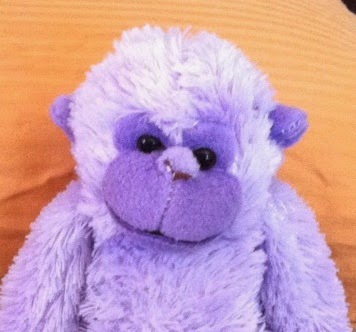 I went to the dollar store and bought a bushel of brightly colored stuffed hanging monkeys.I brought the monkeys into class and gave one to each student. “This monkey is your writing,” I said. “It’s your early draft. It’s your beautiful creation.” They looked at me like I was crazy, but I was used to that. “Go ahead,” I continued. “Say mean things to it. Tell it it’s worthless. Stupid. Drivel. It’ll never amount to a decent monkey.” And they would try, but of course they’d end up laughing because they were fully grown adults being asked to yell at neon stuffed monkeys. It was absurd. Right?

I’d hold their monkeys’ heads, pressing down on the forehead to make the monkey look sad when they yelled at it. The class started to understand what they were doing. They were destroying something precious with their words. Something new. Something still in the process of becoming.

No one is so intentionally mean that they’ll slice down new creatures on purpose. They didn’t realize the effects of their language on their creative process and their writing lives. They didn’t know what unconscious damage they were doing to their own growth as artists.

When my students could personify their work -- which I encouraged them to refer to as ‘baby story monkeys’ to help reinforce the vulnerability of this new relationship -- they could begin to enter into a more mature place with the work. They could begin to allow it to be what it is as it moves toward becoming what it would be. I see what you’re saying–I think it’s the verb tense that was off.  Personification of the draft allowed them to understand that early drafts and final drafts cannot exist within the same form. As long as they judged their work from its first breath, the work could never trust them enough to take the necessary risks involved in evolving into its future.

Becoming is a fragile thing. We have to hold our work gently so we don’t snuff out its life.

There’s an insidious type of arrogance that most of us carry to some degree that erroneously convinces us that we are the one who is perfect, who will never make that mistake. That arrogance also sneaks in masquerading as negative self-talk. If it can convince us we’re not good enough in the beginning, then we’ll be able to avoid the risks necessary to grow.

However this arrogance manifests in a writer, underneath it lives fear. Fear of not being able to write the story that comes to us. Fear of not having the discipline or persistence or patience to finish. Fear of what might be possible. Fear of the amount of work involved. Fear of being seen. Of speaking a truth. Of being human. If we can cut down something before it has a chance to mature, then we can assure ourselves, through the magic of the self-fulfilling prophecy, that we’ll never have to deal with what could have been. Strike first. Assume the power position and eliminate uncertainty. Eliminate vulnerability. Eliminate mystery. Three elements, as it turns out, which are non-negotiable in the creative process.

Avoid meeting them and you avoid everything.

Note from Lisa: You can join Laraine on February 28 for a deep-dive virtual (and affordable) retreat: Your Story’s Inner Genius. Early registration ends January 31; registration closes February 21.  Laraine also teaches annually at The Kripalu Institute for Yoga and Health, works as a premium consultant with Tracking Wonder  and is the founder and Head Monkey of Fierce Monkey Tribe.

All images courtesy Laraine Herring.
Posted by Lisa Romeo at 8:30 AM