Writers and the Road: Conferences on my Calendar, Again, Finally 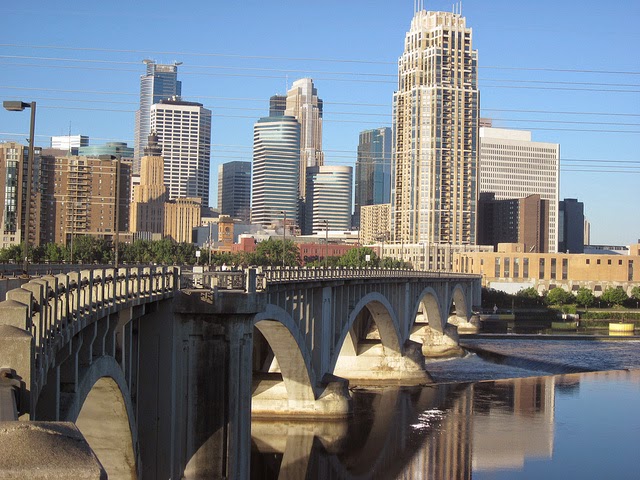 Until last week, just before the huge AWP writers conference kicked off in Minneapolis, I was content with not attending. An easy way to put a huge dent in my finances (and productivity) is to attend too many conferences that involve travel. On the other hand, one way to ensure a writing career takes no risks and fails to bloom is to never get out from behind the keyboard and mingle with other writers at events where I can learn more about craft, about how other writers solve artistic and business challenges.

And yet, don't we all fall into ruts? Either running around collecting conference name tags, or staying home, saving money, remaining in our sweats, and never refreshing our responses to the question (sometimes asked sincerely, other times with a dose of snark) "And what do you write?"

But in the final run-up to AWP, when nearly every writer I know seemed to be talking about it in real life and online--I wavered. Wished I were going to be there. Grew wistful. It is, after all, the largest and arguably most important annual gathering of writers in the country, and I hadn't attended since it took place just across the river in New York City in 2007.

My outings to writer conferences since then have been just two one-day essay conferences (good ones!), at Columbia and Fordham. It wasn't always that way. My conference drought followed three years of intense writer mingling: a low residency MFA; one AWP conference; the first NonFiction Now at University of Iowa; an ASJA (American Society of Journalists and Authors) conference; a memoir symposium at Trinity College; a residency at a writers retreat; and various small regional conferences.

Then, conferencebudgets were redirected: to repay MFA loans; to visit colleges for first one and then another son; to college tuition, which we will be paying for at least five more years. I hunkered down.

Okay, so I couldn't jet off to AWP. But I could look for opportunities closer to home ("Bloom where you are planted," my mother always advised).  It would be even better (and slightly more affordable), I realized, to be a conference presenter. I sent off a proposal for one conference, which was accepted. In a happy coincidence, I was next invited to join a panel for another, and then was asked to speak at a third, and now I have three upcoming conferences on my calendar.

First up, the ASJA conference in Manhattan in a few weeks, where I'll be on a panel with Candy Schulman, Iyna Bort Caruso, and Paula Ganzi Licata, titled "Writing Groups: The Road to Better Markets and Bigger Bucks."

In Auugust, it's HippoCamp 2015: A Conference for Creative Nonfiction Writers (organized by Hippocampus Magazine), speaking about creating a productive writing life by confronting "All the Obstacles that Definitely Do and Decidedly Don’t Exist."

In the fall, I'll be talking about memoir and personal essay writing at the annual gathering of New Jersey Women Who Write.

I'm so looking forward to these, for all kinds of reasons. Although I know a lot of writers in real life, and share meals and conversations with them, I hope to meet writers from further afield, writers I know only online. I want to shake hands, look into other writers' eyes (instead of their avatars), share a coffee, a drink, a laugh, some advice, a reality check, the assurance that we're all in this thing together.

If you'll be at any of these upcoming events, please say hello. Say more than hello.

Blooming (near) where you are planted is good advice. But next year, when AWP sets up shop in Los Angeles? I'm thinking about making the trip. Panel proposal, anyone?

I thoroughly enjoyed getting "into your head" in this post. I've been searching for writing conferences where I also don't have to spend money to get to. I never knew about the NJ Writers Conference (I know I don't have the proper name. Sorry.) That one sounds interesting so I'll have to look it up.

I wish I could attend retreats and more conferences, but that's the way the pocketbook crumbles, so to speak.

I also feel a bit daunted since I don't have a book published. I'm working on it. This year is the year.

You are still a great mentor for me, Lisa. Did you know that? xo

Please don't ever feel that not having published a book should keep you from fully participating in any writing-related event! You have every right to write what and how and where you choose, whether or not that includes something between two covers.

What a great post. And inspiring too! Congrats on all these good things. - Theta