About four years ago, over a long cup of tea at her suburban home a half-mile from my own, where she was packing to move to a more urban environment, Ann Evans asked me to take a look at an early draft of a possible memoir about dating as a senior, and provide some critical feedback. I was happy to do that. In those early anecdotes and tentative reflections, I was pleased to detect a larger story lurking, and encouraged her to develop it. I'm so glad she did.

Ann's writing appears in academic and literary magazines, she has also built a career as a linguist, and is a recently retired professor. She was featured on the Discovery Channel’s "Sex in America" in 2012, and appeared on the cover of Eldr magazine’s issue on “Sex and Intimacy over the Age of Sixty.” A wife, mother, and grandmother, Ann has traveled widely and lived in Spain, Israel, Italy, Austria, Germany and Greece, and speaks six languages. Ann lives in Hoboken, NJ, with her (third) husband.

After being told (you know how many times) that it was almost impossible to get published; after both professionals and onlookers patted me on my little head and told me: “Well dear, write if you have to.", "Don’t write with the expectation of ever being published.”; and after assorted other indignities, my book was published in November 2014, by the hybrid publisher, SheWrites Press. 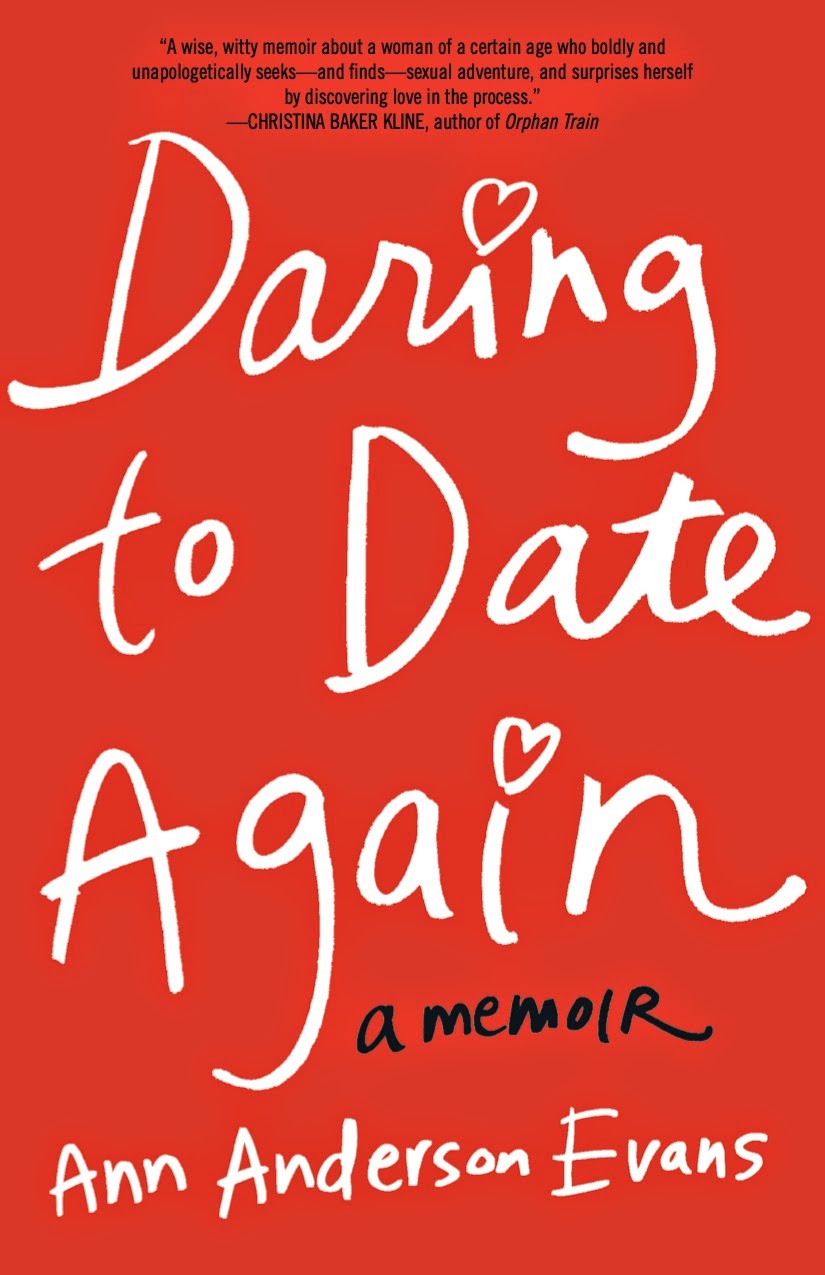 I plunged into promotion and publicity, following as much of the standard marketing advice as I could without working at it all day every day. I hired a publicist and a graphic designer and moved for a while to another mental planet. The sojourn there hasn’t been so bad.

Writers and non-writers gave me analyses, some outlandish, about the publishing business, including intricate musings on Amazon’s mysterious algorithms. Some told me how much better it was in the old days—when Truman Capote would pop in for lunch. If I listened long enough, I’d learn a new nugget of information. I reminded myself of the first rule of writing memoir—other people are not really interested in the writer’s life; they are interested in improving their own lives and if a writer can give them some ways to do that through a good story, they’ll read the book. Each person contains their own memoir.

It was disorienting to read on Amazon that Daring to Date Again was number one in my category, “dating.” Being number one in anything was good news, but what did that mean?  Had I sold ten books or a hundred? A few months later, I set up a free account with NovelRank which estimates how many books have been sold on Amazon.  After the first blush of sales, the book’s ranking fell, nudging me to do some more marketing.

One day I was 1,036,000th overall. I sold one book (which I learned through NovelRank), and the next day was at 365,000th. What kind of crazy algorithm is that? I have gradually deduced that it is not common to sell books on Amazon “by the boatload,” (as one webinar promised). Every sale makes an impact. My question still is whether readers pay much attention to Amazon rankings.  Number one would make an impression, but number 2,570 or 1,460,000?

Being interviewed for the radio was fun. I could sit home in my pajamas and do a crackerjack interview over the phone. Since this was my first book, I did not expect to appear on national radio shows, but discovered many internet-based shows with a large following.  Since the shows were Internet based and thus available on each station's site, I could critique them afterwards. Through NovelRank, it appeared as if each interview generated a few sales on Amazon. 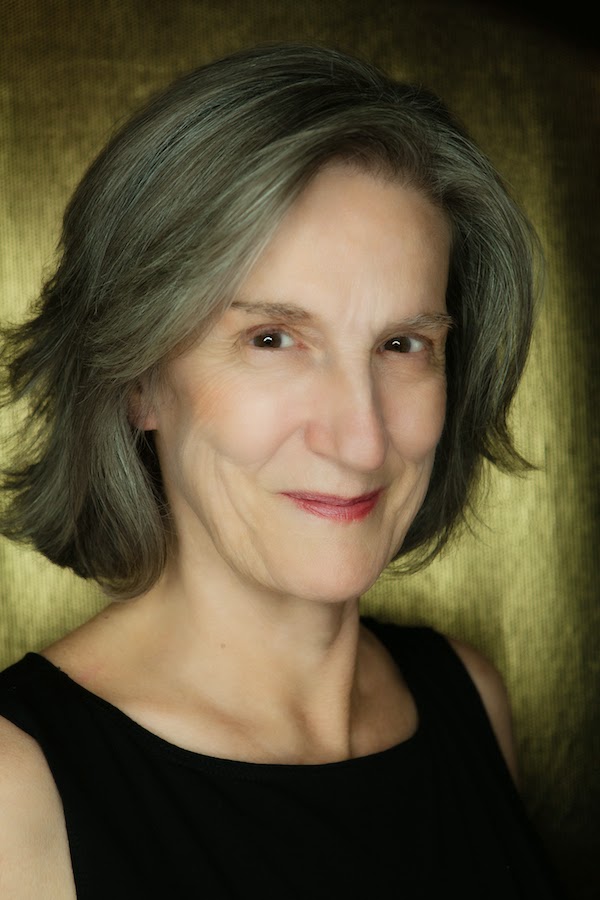 My best radio interviews felt like a schmooze, during which the interviewer's mind and mine were both palpable, without either dominating. My appreciation of Terry Gross increased.

I am still undecided about the wisdom of hiring a publicist. The radio interviews and print articles she garnered haven’t brought in enough book sales to pay her fee, and that makes me uneasy. On the other hand, readers usually buy a book only after they have heard about it several times. Through my publicist, thousands of people have heard about the book for the first time. It is up to me to find the second, third, and fourth introductions.

I thought creating the audiobook would be a breeze, but as the narrator, I had to learn how to use a microphone, avoid making mouth noises, use dynamics to make an aural point, and not to sink at the end of sentences. The measure for audio editing is three to four minutes to every recorded minute, and Daring to Date Again  will be about nine hours long. I couldn’t afford to pay for 27-36 hours of editing time, so with the help of my audio engineer, Roy Yokelson of Antland Productions, I edited much of it myself.

At first, I listened to every tiny sound and progress was slow, but I quickly got more efficient and skilled. Post-recording, Roy had to control the pacing and breaths and set it all up to comply with Audible’s specification. Today, months after print publication, we are nearing completion.  I am now ready for other audio ventures, which will go more smoothly. So why do it? Audio books are (deservedly) priced higher than hard copies or ebooks, and my 40% royalty (I chose to publish exclusively on Audible) will bring me more profit for each sale. Besides, my childhood fantasy of becoming an actress is being fulfilled.

Book reviews were another revelation. Since my book is about dating, I had to decide, for example, how graphically I would write about sex. One agent told me to “be sure to include the word ‘sex’ in the title, because people like sex.” I didn’t want the book to be pornographic though, so, as the Kirkus review mentioned, I wrote my share of sex scenes, but concentrated on “the social, biological, and emotional components of sex.” Several male readers complained about the lack of down and dirty sex scenes, but  Kirkus found my ruminations “illuminating” and “a kick.” I think I could be more graphic in my next book without slipping into porn.

Many people assume I will soon be a rich author. Ha! People introduce me as a “famous author.” Ha! I have to keep myself from laughing and honor their respect. They are setting the bar for me.

The best step toward the success that some others assume I have already achieved, in fact the only next step, is to write another book. I am hard at work doing just that.

Note from Lisa: You can connect with Ann via Facebook, Twitter, and at her website. Ann would like to send one blog reader a signed copy of her book. Just leave a comment here by April 25 (must have a U.S. postal address).

In spite of the Oscar-winning-like sensations Ann Evans (deservedly) enjoyed upon publication of her first book, her reports on book promotion and publicity are refreshingly light-hearted! Perhaps excitement tempered by life experience is another benefit of a later-in-life chapter as author. As always, I thoroughly enjoyed the guest post, Lisa. You have a knack for selecting writers whose stories inspire. "Daring to Date Again" looks like a fun read and I can't wait to share the post's web link!

Ann, I'm clueless about daring to date at 64. I need your book advice for sure.

Good news! Lisa Allen Lambert, and Colleen -- Ann Evans has decided to send a book to each of you.

Please email me with your postal address (see side margin of blog for email link).

Thanks for reading and commenting!