Guest Blogger Martha Moffett on Writing Submissions and the Race to the Bottom: The Rejection Club 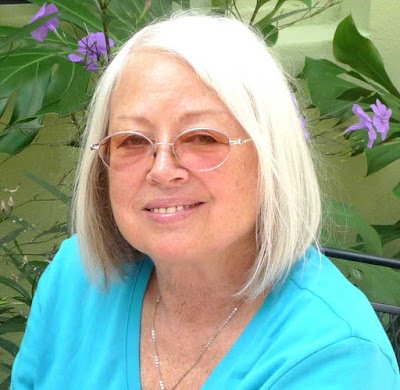 Some writers that I like very much I’m just not able to stay in steady contact with, but I’m always happy when we cross paths. Like Martha Moffett, a New Jersey writer I like to talk to anytime we’re in the same room. Martha was born at the end of a dirt road in St. Clair County, Alabama, worked in book and magazine publishing in New York City, and has written for Cosmopolitan, New York Magazine, and British Heritage. She’s also worked as a librarian, and is now a freelance editor and ghostwriter. Her novels include The Common Garden and Dead Rock Singer. She’s also the recipient of fellowships from the Florida State Council on the Arts individual fellowships, and Yaddo.

My plan, this past summer, was to work on one story and get it polished and ready for rejection by Alaska Quarterly, One Story, and Glimmer Train, some of my favorite journals.

That’s an inside joke for “The Rejection Club,” four writers who decided to send out work at a fast clip and to keep score and compare notes.  The winner (loser) with the most rejections was assigned to treat the rest of us to a bottle of wine in our favorite pub at the end of a year.

I had traditionally sent out one story to one journal and waited for a response. Sometimes it was months in coming. Sometimes it never came. We had two thoughts about the general wisdom of this: If they don’t respond promptly, they aren’t interested. Or, if they keep your work a long time, they are seriously considering it. We weren’t convinced of either but knew that at this rate, months became years and the work waited patiently in my computer. My three writer friends followed more or less the same routine.

But after Kim Liao’s article “Why You Should Aim for 100 Rejections a Year” circulated on the Internet in June of 2016, we rethought our position. In addition to increasing our submissions, I said, “Let’s make it a competition. Who can get the most rejections fastest?”

That same summer, it was on my calendar to take a workshop with Lisa Romeo at The Writers’ Circle called Submission Strategy. Lisa’s spreadsheet was a revelation to me. I began to keep better records of what I sent, where I sent it, the date, the outcome—rejections, yes, but as Lisa also said, record any feedback you get.

The four of us had a backlog of unpublished work. We’d met in a workshop where one of us was finishing a novel set in New York City and Italy; another was working on a crime novel; the third member’s novel was about an American family and how it changed over two generations; and I was bringing my chapters of a novella to workshop to be picked over for the problems of consistency, tone, and point of view. In addition, we all had stories, essays, short-shorts, and other bits and pieces in reserve.

We proceeded to build our attack. We met and exchanged literary journals, to improve our knowledge of what they printed and what the editors liked. I came home with an armload of Ploughshares, which I had never read despite its reputation, and I passed out copies of Chattahoochee Review, where I’d been lucky in the past. I had a lot of back issues of One Story for the taking. I picked up Gulf Coast, New Letters, and Bellingham Review. 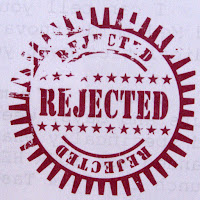 We also exchanged lists of journals looking for submissions or running contests. One member subscribes to Literistic, a good source. I subscribe to Practicing Writing, Erika Dreifus’s daily blog, for the Monday list, and her monthly newsletter The Practicing Writer.  We also consulted Publishing . . . and other Forms of Insanity. And of course, Poets & Writers is available to all of us, magazine or online, a great guide and vetted by P&W—no rip-offs there.

We started our first round of submissions, and soon our emails were reading like this:

I got two rejections in a week. I’m surging ahead!
Do you know how many editors have “loved” this story but rejected it anyway?
Five agents have decided not to represent my novel.
I’m getting rejections from journals I don’t even remember submitting to!
Your submission was read with interest.” (But WAS it?)

We sometimes got the same standard rejection letter from different journals. And we discovered favorite tropes:

“Although your story was not selected, it does not mean it was without merit.”

And our current favorite:
“We were blown away by the quality of this year’s contest submissions . . . “

But we learned a lot. First, to take any word of encouragement as an invitation: “We liked your long story but there was no room for it in this issue.” Or, better, “Try us again.” A personal note from an editor in an email that showed she’d read and thought about our work, or a scribbled note in pencil on a standard postal rejection was to us fit for framing.

We got better at matching our work to certain journals. We now send out work in batches, not one solitary story bearing our only hopes for publication. Our common effort has lessened the pain of rejection—and has given us many laughs. We’re ready to start a new wave of stories flying in all directions, electronically and by snail mail.

In her article, Kim Liao writes that early on, a friend once told her, “Shoot for one hundred rejections in a year, because if you work that hard to get so many rejections, you’re sure to get a few acceptances too.” 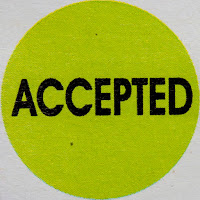 We in The Rejection Club know it’s going to work.

In fact, it has already worked! A few days ago, I received news that I had won the Faulkner-Wisdom Competition for The Novella, sponsored by Pirate's Alley Faulkner Society and selected by the author Stewart O'Nan. I know my writing friends will soon follow with their acceptances.  And that bottle of wine is waiting.

You can connect with Martha at her website  or her blog.

Thanks for this great interview, Lisa. I love the idea of the Rejection Club. It kinds of follows the old idea that "you can't win if you don't enter." Rejections mean you are actively submitting rather than keeping your manuscripts in a digital dustbin. More importantly, you can learn from rejections. Some of my published writing is a result of: "No, but please send us more work," and, "Would you be willing to make revisions?"

A few dozen rejections in on two novels and a few short stories (after 40 years of publishing non-fiction), I'm beginning to recognize a bad attitude: If an acceptance did come in, my first reaction would be, "Their standards must be really low!"