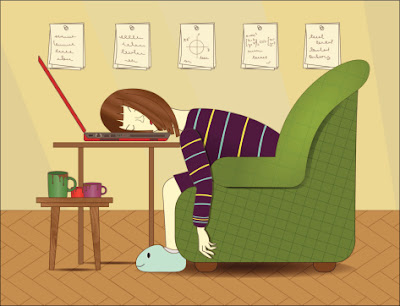 Fifth in a series, following Starting with Goodbye: A Daughter’s Memoir of Love after Loss, from manuscript to published book (University of Nevada Press, May 1, 2018). Find the rest of the series here.

Once I got a publication date, other writers began to ask: How long did the submission process take? What was it like? How did you find your publisher?

The short, pithy answers: Eleven months. Hell. Not the way I thought.

That’s handy shorthand, but hardly helpful. Here’s the longer story, the one from which you might glean some helpful hints.

I first thought I might have a book percolating in 2012, when I realized that many of the essays I was getting published, might add up to…something. Quite a few were connected thematically around my father’s death, and I thought if I wrote a few more, voila -- linked essay collection. (Can I over-emphasize how common this thinking is among essayists—and how often wrong-headed?) I tried to get that one published but eventually realized it had to be transformed into a more traditional memoir. (In a future post I’ll detail the essays-to-memoir process, so let’s skip ahead to April 2016, when I had a polished memoir manuscript.)

I am a fan of traditional independent and boutique literary presses and university presses, many of which accept non-agented submissions. I had already been compiling a spreadsheet of such publishers, organized first by those I most desired (because they’d published books I admired), and those that seemed most logical (given the book’s thematic elements).

I noted any special submission calls, possible connection/recommendation, contests and open/closed submission periods, and finally, but not incidentally, any hunches I had. Next—because I so love a spreadsheet—I cross-referenced what each required initially, usually some combination of query letter, synopsis, proposal, sample chapters, the entire manuscript, marketing plan, author bio.

From April through January, I marched down my list, garnering both lightning-fast rejections as well as several requests for chapters, and a few for the whole manuscript. Result: slower rejections. Sure, some were personal, from editors who seemed genuinely to have read and thought carefully about the work. 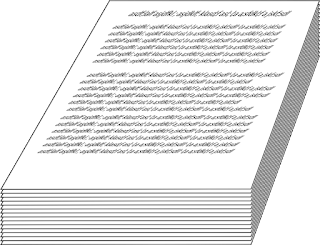 Over those 10 months, I scratched some publishers off my list—they shuttered operations or their lists shrunk; some seemed less likely candidates after more careful study; sometimes I simply decided they wouldn’t want my book for some random reason which now seems silly. At the same time, the list grew as I discovered new-to-me publishers. What is it that we say about hope springing?

Along the way, I tinkered with the idea of seeking an agent—mostly because the advice of a book coach I’d consulted two years before, still resonated: there was nothing to lose and quite possibly something enormous to gain. About once a week, I spent time researching agents I might query—sometime. A small list emerged, tucked into another spreadsheet.

By the end of January, my energy was flagging, but I realized I had not made enough effort querying university presses. I had at least a dozen on my list I’d be thrilled to be published by. They all wanted a full proposal or some combination of the elements of a proposal, and while I’d written one, I kept tinkering, never sure it was right. Finally, I started sending it out.

By mid-February the full manuscript was under review at two boutique publishers, a more commercial press, and one university press. I’d gotten to this stage before—and then heard no. And sent out more queries, sample chapters, hopes. 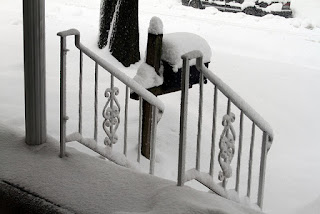 That’s when I glanced out my window late one dark, cold Thursday afternoon, and noticed the snow. So much snow. A big storm coating New England to Virginia. Suddenly all the Facebook posts I’d seen from writers cancelling trips to theAWP (Association of Writers and Writing Programs) conference in Washington, D.C, made sense.

I hadn’t planned on going. But suddenly I had a thought: all those cancellations must mean the conference headquarters hotel would have a lot of available rooms. I was only a four-hour drive from D.C., and my four-wheel-drive SUV—and I, who once lived in Syracuse—could easily handle the lingering snow in the forecast.

By 5 a.m. the next morning, I was on the New Jersey Turnpike, heading south.

Typically, when I go to a conference, I have an agenda—connect with this editor, meet that publisher, make IRL friends with Facebook writer buddies, take notes at Famous Writer’s presentation, go to Other Famous Writer’s reading. Network. Pitch. Buy discounted journals. Get books signed. I’m usually exhausted even before I put on my nametag. 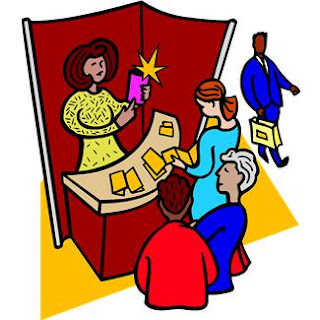 As I drove, I realized I had no plan—and that felt great. I had not studied the schedule, didn’t know who would be in the exhibit hall, who was reading where or when. My only agenda was to find friends, drop in at panels that seemed promising, maybe wander the book fair.

I spent most of my book fair time happily meandering, spontaneously connecting in person with journal and anthology editors who’d published my work, finding new things to read, tossing swag into my tote.

At some point, I realized some publishers and university presses still on my list were there. I noticed that since I wasn’t in I-Must-Complete-My-Agenda mode, my usually nervous chatter disappeared. Instead of trying to sell myself, and by extension, my manuscript, I was only making new friends in the writing world.

Several asked me to send the manuscript when I got home. Others said it wasn’t right for them. Somehow, I had the same reaction to both outcomes: okay! I simply continued wending my may through the exhibit hall.

Finally, in the last 20 minutes of the final day, vendors were packing up their booths—and my tote was swelling because they were handing out free books so as not to incur return shipping costs. I noticed a man packing up, a welcoming smile on his face. We began chatting, about how much our feet hurt. About the conference. He asked something—I can’t remember what—and I began to tell him about my manuscript. In my mind, we were just having a conversation. Two tired writing world comrades at the end of an exhausting weekend.

At some point though, when I mentioned that the story takes place partly in New Jersey, and partly in Las Vegas, he pointed to the banner above his head: University of Nevada Press. Nevada, you know, home to Las Vegas. 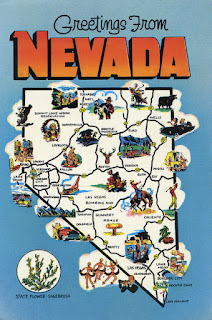 Justin Race, director of UNV Press, introduced himself, and invited me to send him the first few chapters when I got home. He liked what he read, and asked for the full manuscript. By March 22, I had an offer. Two hours later, one of the other publishers who had the full manuscript phoned to make an offer too.

I realize that this part of the story makes it all sound so easy—bump into someone at a conference and the rest is publishing kismet. I assure you, nothing about bringing this memoir to that point was easy.

The thing is, I was ready. The manuscript had been revised and revised and polished. I’d researched and prepared query/submission materials. My spreadsheet tells the plodding, painstaking backstory of those 11 months (and before that, the submission process of the book’s previous incarnation).

What happens when you’ve been hearing no for a long time and in one afternoon, you hear yes—twice? After the elation, I mean? You get confused, that’s what. You wish you had an agent after all…

I’ll pick up from there in the next Memoir Book Report post, sharing how, over the next week, I found an agent, weighed offers, and said—yes!

Images: Snow-Flickr/CreativeCommons-JimThePhotographer. All others, royalty-free clip-art.
Posted by Lisa Romeo at 6:30 AM

I love how all your hard work led to bashert.

That is amazing and a great story of being ready when opportunity knocks. Congrats!